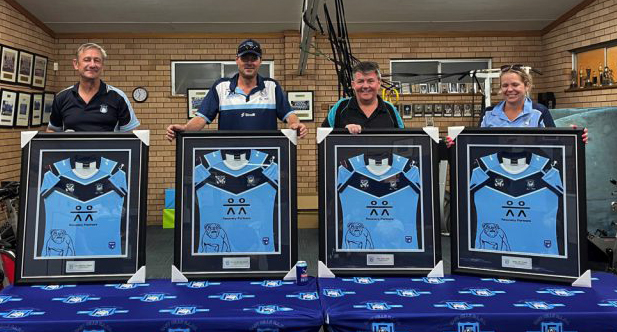 Club President Rowan Brown said the foursome were close to 100 years of collective service.
“No amount of fancy words can give true justice to this type of dedication and service,” he said.
“This type of service and dedication is just selfless; you only need that word to describe and thank the ultimate volunteers.”
For season 2022, the four have decided to step aside from committee duties.
“But we will still see them down at Smith Park, but on the other side of the fence,” Brown said.
“They’ll still be there though to help but maybe with a bit more time now to say g’day, shake a hand or wipe a child’s tear.
“Thank you Mark, Kristy, Gary and Steve and here’s to 200.”
The longest servicing club in the Canterbury Bankstown Junior Rugby League, East Hills Bulldogs commenced in 1951.
There are teams from under 5s up to All Age and in the last couple of years, the all girl teams have been playing in the League Tag competition.
Registrations: playnrl.com.