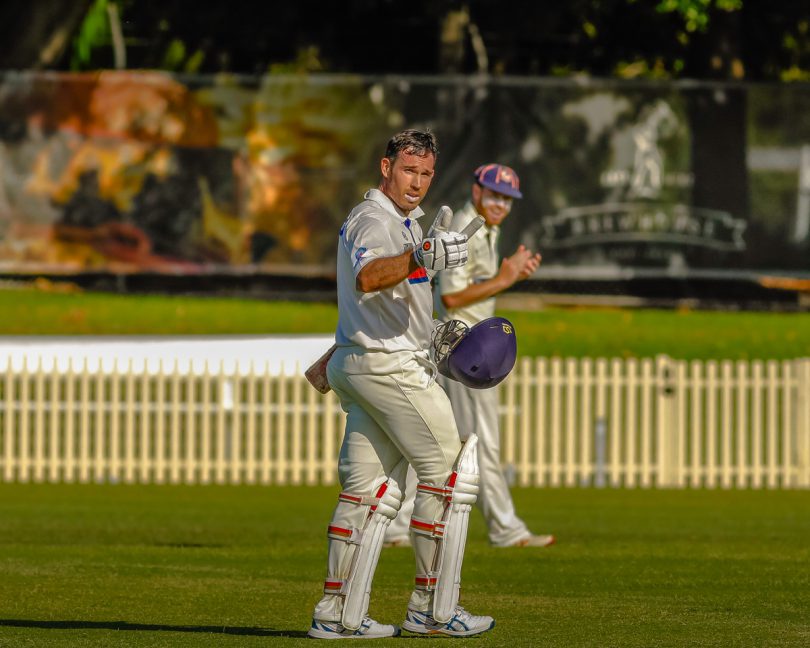 THE Bankstown Sports Bulldogs found the going tough in the first match of the Covid-affected Sydney Premier Cricket season, going down to Eastern Suburbs in the 42nd over.

With the recent rain, the toss was going to be an important one to win in a one-day match, but unfortunately captain Daniel Solway lost the toss and the visitors were sent in to bat on a new wicket.
Bankstown lost their top order early and were reeling at 3 for 26, however Jake Cormack replicated his form from last season and brought stability and runs to the Bulldogs’ innings.
Cormack rattled the fence frequently and sent one flying into the outer at Waverley with seven fours and a towering six.
New Bulldog Ethan Deal partnered Jake and they enjoyed an 84-run partnership with clever running and deft placement that pushed the score along.
Once Ethan (27) and Jake (75) departed, the tail barely wagged and the Bulldogs only scrambled to put together 150 off their 50 overs. The Bankstown bowlers struck early and had the Dolphins at 2 for 20, with new recruit Tyler Van Luin, from ACT, applying plenty of pressure.
Unfortunately, the Easts batsmen stabilised their innings and were methodical in what was a modest run chase hitting the target of 3/156 in the 42nd over.
Next Saturday, the Bulldogs return home to Bankstown Oval against St George starting at 10am.