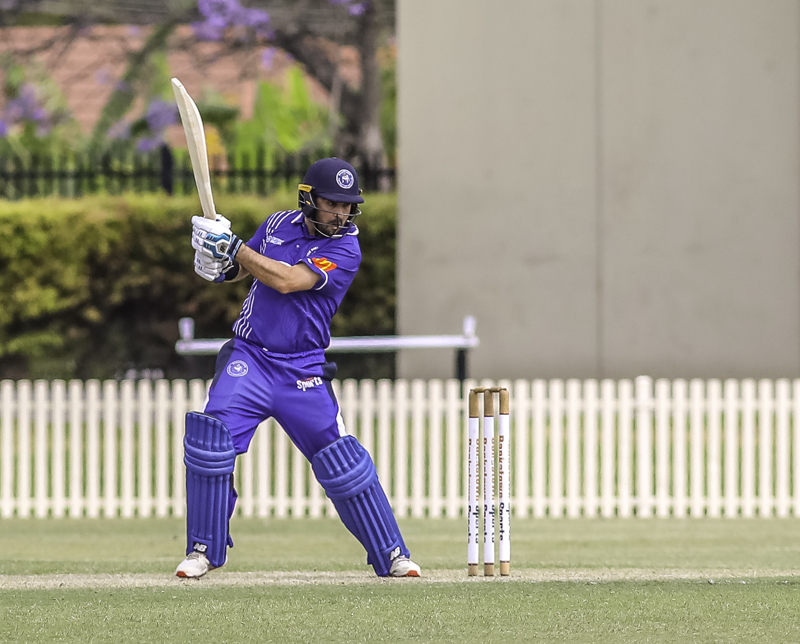 After batsmen slain for just 218

BANKSTOWN and Gordon are in a titanic struggle in first grade at Chatswood, with the game delicately poised.
The Bankstown Sports Bulldogs didn’t bat well and were rolled for a disappointing 218.
Nick Carruthers held the innings together with a defiant 70. He plundered eight sizzling boundaries and three superb sixes which brought the crowd to its feet amid rapturous applause. Consistently the classy opener, he has got the Dogs away to a flyer and recently has accumulated 42, 45, 46, 70 and 107.
Alas he did not receive much support from the rest of the batsmen and the side finished with a disappointing total.
The exception was all-rounder Jarred Lysaught who pounded six boundaries in his defiant 34. He fought very hard to get the Bulldogs barking and is a useful stroke maker.
Ben Le Bas also chimed in with 23 valuable runs and once again showed his all-round talent.
In reply the Stags started confidently but Matt Bursa claimed 2-14 and Tushaar Garg, 1-21, to spearhead a Bankstown fight back.
At stumps, Gordon were 3-72 and Bankstown will be looking for early wickets when play resumes on Saturday. It is a critical battle between the two sides as only four points separates them on the ladder.
Bankstown are equal third, while Gordon are in ninth position.