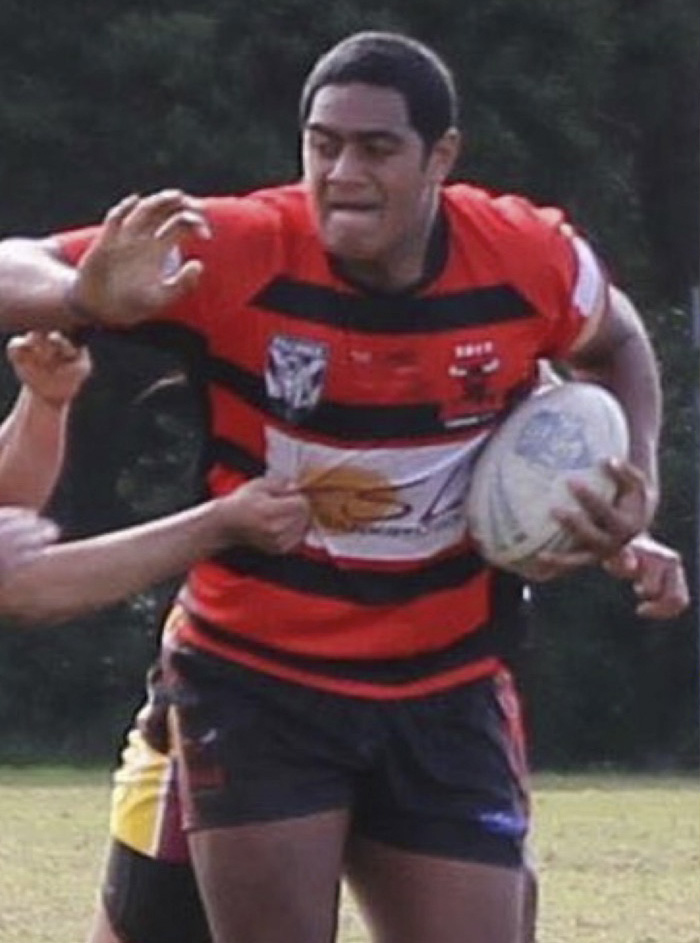 The Samoan-Australian played for the Bulls from the age of eight to 17, before playing for Canterbury Bankstown Bulldogs in their under-18s side and then the South Sydney Rabbitohs’ under-20s.
When this ended, the 200cm (6ft, 8) and 160kg (365lbs) Mailata was only offered a reserve-grade contract due to fitness concerns.
The South Sydney coaching staff did not believe he would be able to physically keep up with the pace of professional rugby league, due to the free-flowing play and limited stoppages in games.
He was given the advice from his agency to “play a sport that appreciates his size”.
Ultimately, he declined the contract from the South Sydney Rabbitohs.
According to Bulls executive member Lawrence Karam who coached older brother Daniel and knows the family well, Mailata’s manager took him to a US selectors academy despite never having played American football.
“He made the training squad and the draft two years ago after they took a gamble on him and it paid off,” Karam said.
“His size has helped him dominate but he would be good at anything because he just loves his sport so much and has all the attributes of a champion.
“He is amazing to watch in action and we knew he’d be a great one day but this is an extremely proud moment for all of us, the club, the community and his family.
“We are over the moon for him.”