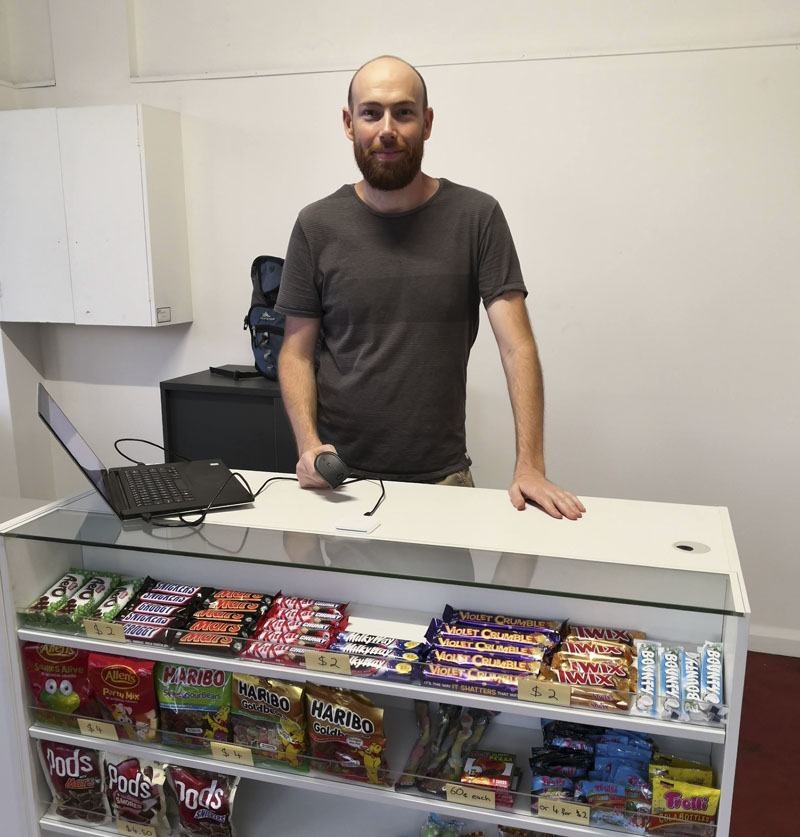 UNLIKE a grocery chain store where layout and art is decided by a corporate headquarters far away, corner store owners have control over their own space and often transform that space to suit the local community.

And so it is with the newly opened Sydenham Corner Store at 260 Unwins Bridge Road.
Shaun Bettridge lived opposite the store for six months but never saw it open, though the shelves were always stocked with confectionary.
“I thought that was very sad and after it had sat empty for a while, I decided to take over the lease and open it up again,” he said.
“It’s fully stocked now with drinks as well as tea and coffee for a donation after neighbours told me a lot of the coffee around was too expensive.”
He says it is like a little internet cafe with chairs and lounges.
“We play music and stock snacks, some groceries, spray cans, toys, skate gear and even pet food,” he said.
“Whatever the community wants, I will try to get because I really feel the purpose of a corner store is to represent the community.
“I heard that in Great Britain and Europe no two corner stores are the same and that’s because the operators are fully focused on local needs.”
The part-time UTS Business teacher will be hosting an opening event this Saturday, February 22, 11am-2pm, with art exhibition ‘Found by Laura’ featuring post it notes discovered in the Inner West which she has printed on cards plus a photography exhibit by Lee Schofield, live music, Serenity ice-cream on offer, ceramics and jewellery by Niefe Ceramic, and wood etchings by Beatprints.
“It’s a great little acoustic space and in the future, we’ll have performances, movie nights and more exhibitions so I’m on the lookout for artists, musos and business people who want to get involved.”
Look for the store on Facebook or email hi@cornerstore.sydney.