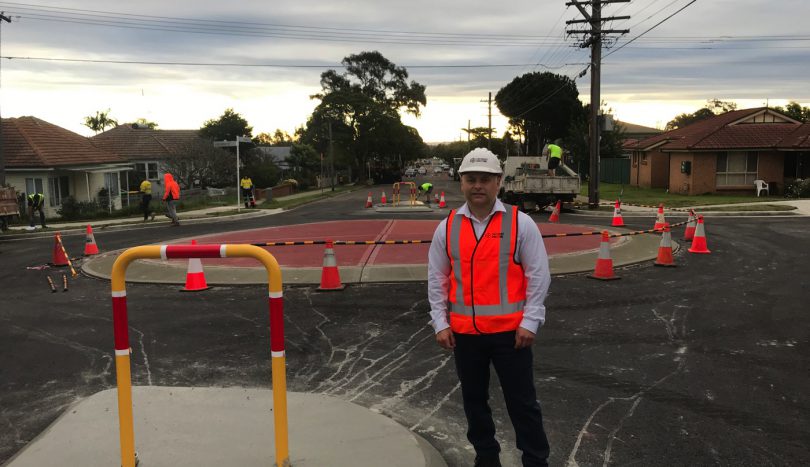 THE construction of a new roundabout normally takes about three weeks but in a “revolutionary first”, Canterbury Bankstown Council has built one in a record-breaking time of just three days – at the request of residents.

Construction of the new traffic calming feature on the corner of Tower and Hinemoa streets, Panania, was literally around the clock with work starting on Friday afternoon and completed over the weekend.
The quick turnaround was the result of community consultation in which residents told the council they preferred the roadworks to be condensed into three days, working 24 hours a day with full intersection closures, rather than a prolonged three-week works program with partial closures.
Councillor Steve Tuntevski, who lives near the new roundabout, was full of praise for the speed at which it was completed.
“This project has certainly set the benchmark for other projects across the City,” he said
“We consulted with the local community and they told us that’s what they wanted.”
To reduce the impact on residents, a free shuttle service was introduced and minimal detours were in place for motorists and bus routes.
Cr Tuntevski said the roundabout was long overdue and locals should be happy with the outcome.
“No more waiting for long periods and a safer intersection for all residents,” he said.
“We will continue to improve and deliver on projects across the city.”