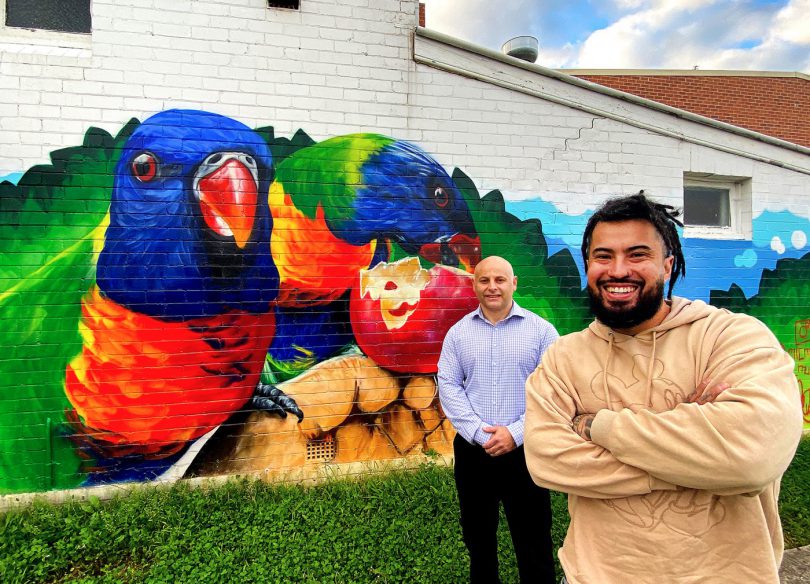 POSITIVE community feedback over a Panania mural has prompted Councillor Steve Tunkevski to ask council to investigate how to encourage more quality street art and incorporate it into the development of the city’s Public Arts Strategy.

Often intended as a tribute to another place, time, or person, street art often becomes a landmark in its own right, adding character to existing buildings and neighbourhoods plus it can also increase house values.
“The community feedback that I have received from the recent mural painted by a talented artist Danny Mulyono, of two rainbow lorikeets eating an apple located at the corner of Tower and Malvern streets, has been overwhelmingly positive,” Cr Tunkevski said.
“I have been advised by several community members that they want more of the same.
“It’s a great example of how a high quality and appropriately themed street art can complement the surrounding neighbourhood.”
Cr Tunkevski said there was also street art on the southern side of Panania station which just says ‘Panania’ but was very welcoming as was the street art at the library.
“It’s important that within our City, street art is always high quality in nature, appropriately themed and situated in appropriate locations,” he said.
“We don’t want graffiti.”
Council general manager Matthew Stewart said: “The council’s Creative City Strategic Plan, adopted in 2019, commits to support the creation and maintenance of public art.”