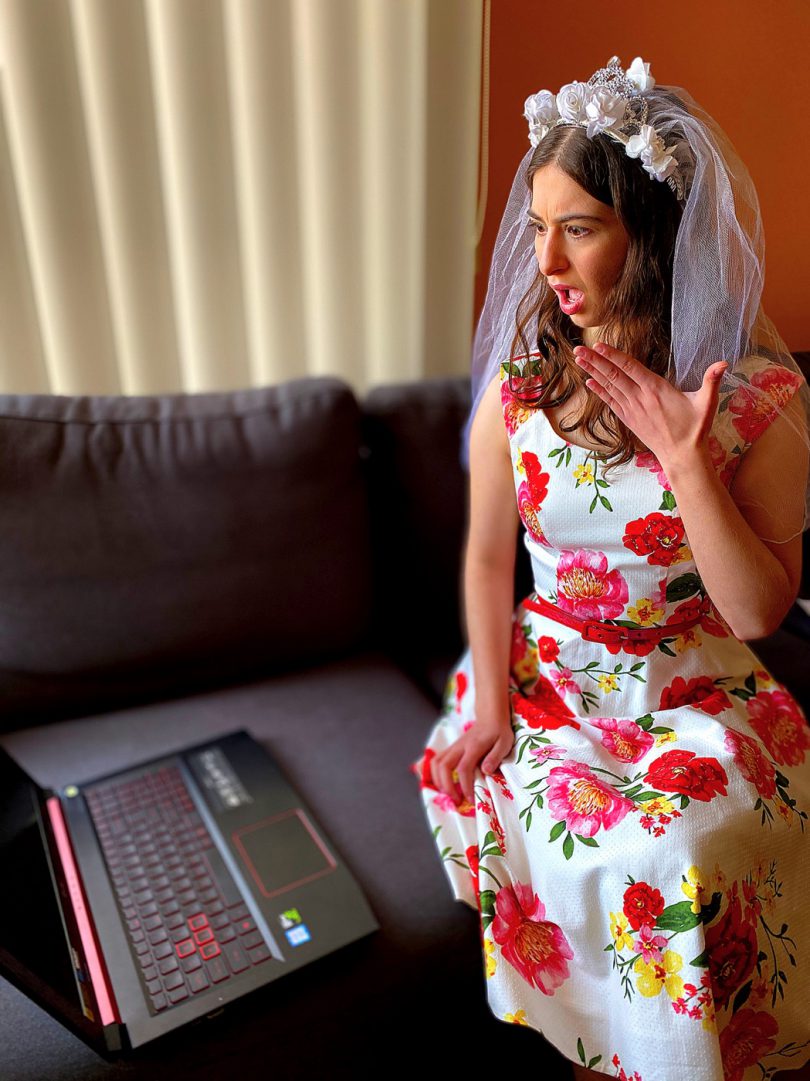 PERFORMERS and audiences alike are eager for the return of live theatre but an online performance has won Guildford actress Laura Daniella Bucci a place in the regional finals of the inaugural World Monologue Games (WMG).

The 24-year-old, who has been working as an actor since graduating from university in 2016, said she was honoured and “super excited” to be representing Australia in the event which has attracted performers from around the world.
Her piece is about a ‘bridezilla’ planning her perfect wedding day, though one important thing is still missing.
“This monologue is hilarious with an interesting twist at the end, which is why I enjoy performing it,” she said.
“Knowing that I’d be competing against such talented actors, I wanted to make sure that my monologue stood out among the crowd.
“I decided to make my character disturbingly interesting which led to my performance being quite chaotic in a comedic way.”
Founded in Sydney by Pete Malicki, the WMG online event has proved even more popular than he’d hoped.
He said after the devastating effect Covid-19 has had on industries including arts and entertainment, he wanted to create an opportunity for actors around the world to show how resilient they are.
“The response was massive – I’m not sure if this many actors have participated in one event before,” he said.
Miss Bucci’s entry can be seen on her Youtube channel; Laura Daniella Bucci.
The regional finals will be live-streamed at 7.30pm on September 11.
The winners of each category will go on to compete in the global finals, with viewers also able to sign up and vote for their favourite at monologues.com.au.