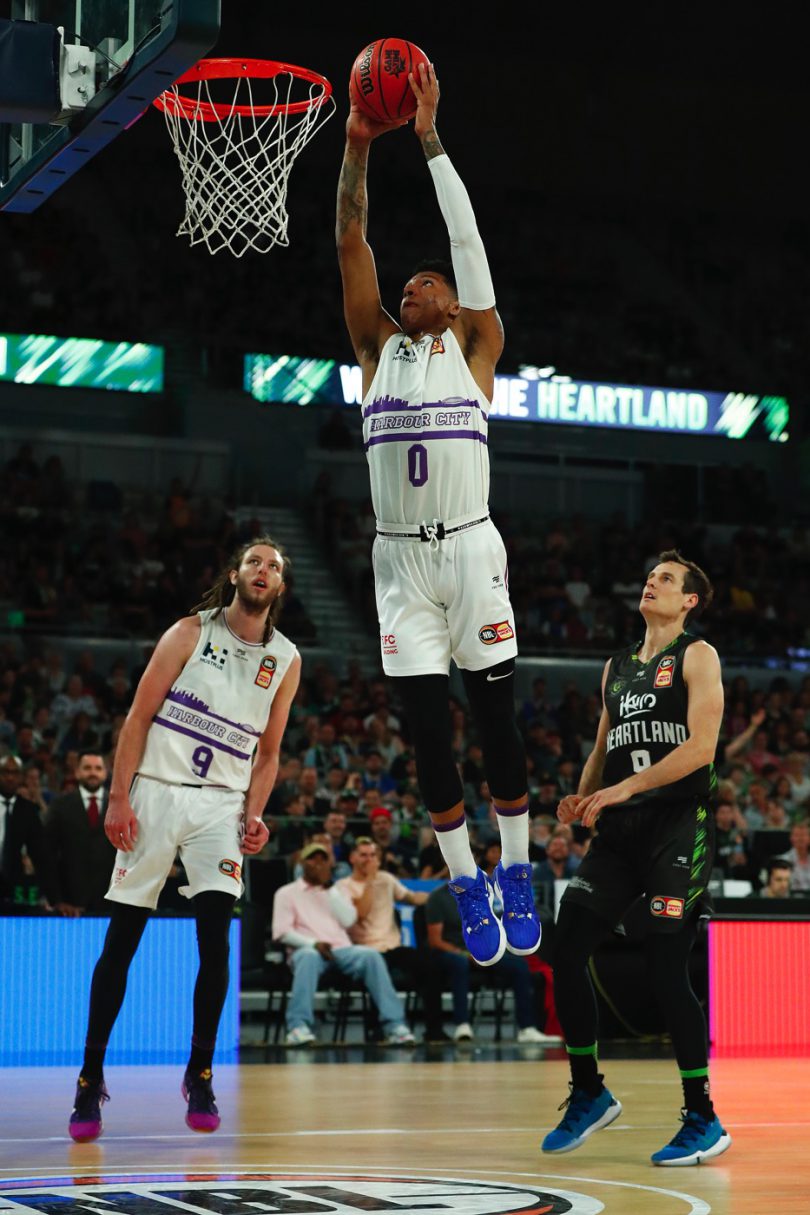 SOME familiar faces will be back on the court for the Sydney Kings when the NBL season finally gets underway early next year.

Brazilian 21-year-old Didi Louzada is returning to Sydney to suit up again for the Kings, although he could still return to the NBA, with the New Orleans Pelicans acquiring his rights from Atlanta who selected him with the 35th Pick in the 2019 NBA Draft.
In 24 games last year for Sydney, Louzada averaged 11.4 points, shooting 42 per cent from the field.
He re-joins a Kings lineup that already includes Casper Ware, Angus Glover, Jordan Hunter, Dejan Vasiljevic, Shaun Bruce, Brad Newley, Craig Moller, Xavier Cooks and Daniel Kickert.
After pushing back the season start until at least mid-January, NBL owner and executive chairman Larry Kestelman said they remained flexible about the exact start date.
“This will depend on a number of factors including travel and border restrictions, community transmission numbers and availability at venues across Australia and New Zealand,” he said.
“We intend to play a full season and, if needed, we will play in one or more hubs to achieve this.
“We are currently having positive discussions with a number of interested States about potential locations.
“As always, the health and safety of our players, staff and fans will be our number one priority.
“But we also remain focused on playing in front of fans as they are the lifeblood of the league.”