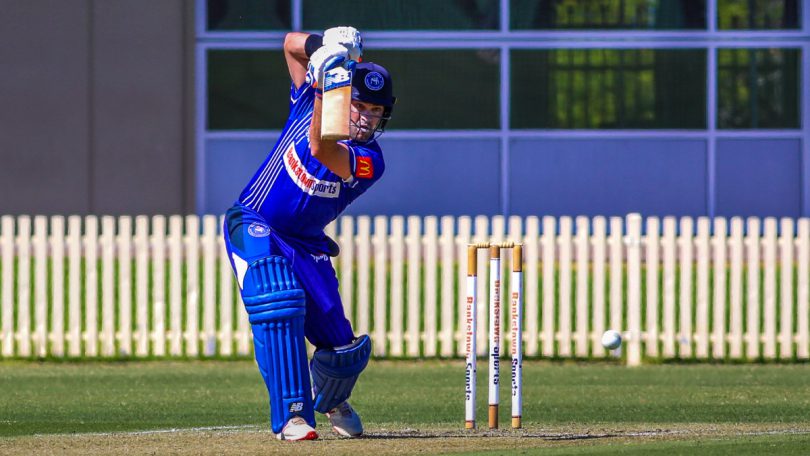 BANKSTOWN Premier Grade Cricket Club started the new year on a positive note with four wins from as many matches last Saturday.

After winning the toss, Sydney Tigers elected to bat and were rewarded with a handsome total of 6/272 from their 50 overs.
Bulldog spinner Daniel Burns was the leading wicket taker with 3/59 but pacemen Liam Marshall (1/55), Brad Simpson (1/45) and Ryan Clark (1/50) each provided good support in their 10 over spells.
While many spectators felt the victory target of 273 was out of reach, nobody told the Bulldogs opening pair of Nick Carruthers and Daniel Solway who showed from the first ball they would take the challenge up to the Sydney bowlers.
Their partnership of 142 ended when Carruthers was run out for a stunning 101 off just 67 balls, but the pair had given the ‘Dogs innings just the fillip it needed.
After Mansukh Singh departed for as duck, the Bulldogs were again facing an uphill battle. The redoubtable Solway and Jake Cormack steadied the ship with an 87-run partnership before Solway was run out for a wonderful 94 off 138 balls.
The loss of Brendan Smith (9), Ethan Deal (0) and Cormack (48) on the same score, left the visitors precariously placed at 6/258 and it was left to Tyler Van Luin and Liam Marshall to try and concoct a win against the odds.
Fortunately for the Bulldogs with the scores level on 272 with one ball remaining, Marshall was struck on the pads and Van Luin scrambled through for a leg bye to secure the six valuable competition points.
Grade results inside.