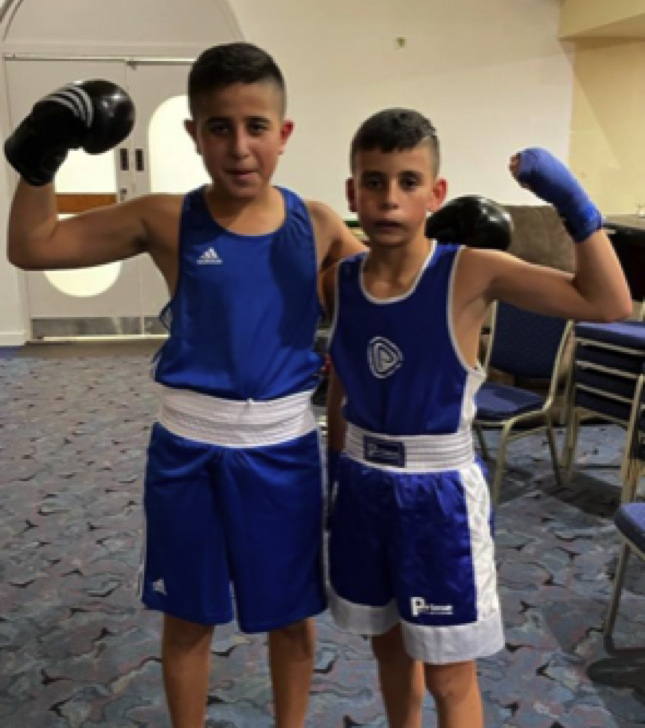 TWO Kingsgrove Colts rugby league players are also having success in the boxing ring with the 11-year-olds winning gold on the weekend at the Queensland Amateur Boxing Titles.

Both of Earlwood, Michael Kazzi (pictured right) won the Under 13s’ 38kg weight division and Luke Nassif took the honours in the Under 13s’ 54kg weight division.
Michael’s Dad and their coach Peter Kazzi said: “Both boys have been fighting since they were 10-years-old, travelling interstate to fight due to NSW legislation which prevents them from fighting here until they turn 14.
“Their goal is to keep competing and maybe one day make it to the Commonwealth Games and Olympic Games.
“They know that through hard work, dedication and sacrifice, this is all possible.”