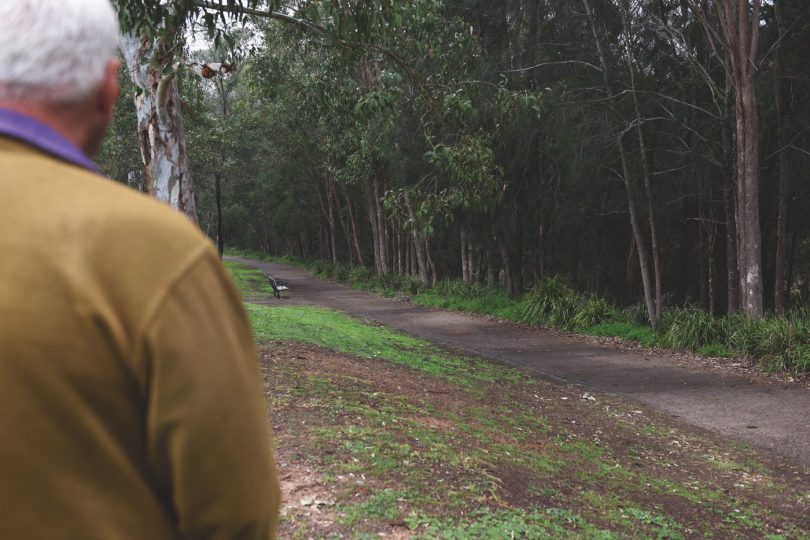 A COLLISION between a seven-year-old boy on a scooter and a trail-bike on a popular Auburn walking and cycling track last Saturday afternoon, has left the child with a badly broken leg.

His mum, Ann, said she was walking with her older son along the path, which runs from Wellington Road to Mona Street and they were just a few metres behind the Year 2 student who had turned a corner, when the trail-bike being ridden by two people hit him.
“[One of the riders] asked if he was okay but then they just took off,” she said.
“There are overgrown bushes on that corner, blocking it and I don’t think they saw each other clearly.
“I never expected a motorcycle would be there. I felt quite safe to let him ride the scooter by himself before that.
“We want to let the community know things can happen in this area we thought was safe.”
The single mum said with his leg in plaster, her son would be off school for the rest of the month.
“It’s really hard for him to move about right now, it’s really been a nightmare for us,” she said.
Eddy, another resident who also uses the path regularly, was out walking with his daughter and they helped Ann and her children after the accident.
He said while the police were aware of the situation, it was difficult to catch riders.
“Every time I walk there, I regularly see trail bikes,” he said.
“The footpath is very popular since Covid as it was a generally safe place to walk or ride a push bike. However, some idiots go beyond the bounds of safety.”