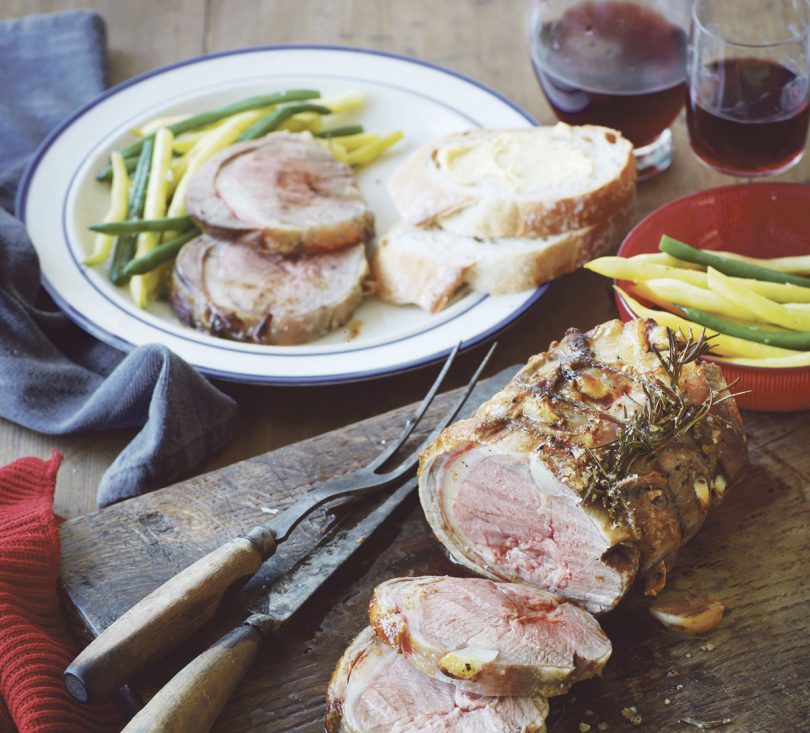 Method
1. Preheat oven to 200C. To roast lamb, scatter onion, carrot and celery over the base of a large roasting pan. Place lamb seam-side down.
2. Using a small paring knife, make 15 shallow incisions scattered all over the top of the rolled lamb loin roast; taking care not to cut the kitchen string. Stuff rosemary and garlic into each incision. Drizzle with oil and roast for 1 1/4 hours or until cooked to you liking. Rest for 15 minutes before carving, to serve.
3. Meanwhile, cook beans in a saucepan of boiling salted water for three minutes or until cooked but still with a crunch. Drain and place in a large bowl with butter. Season to taste.
4. To serve, divide beans among four plates and top with carved lamb. Serve with sourdough bread on the side.