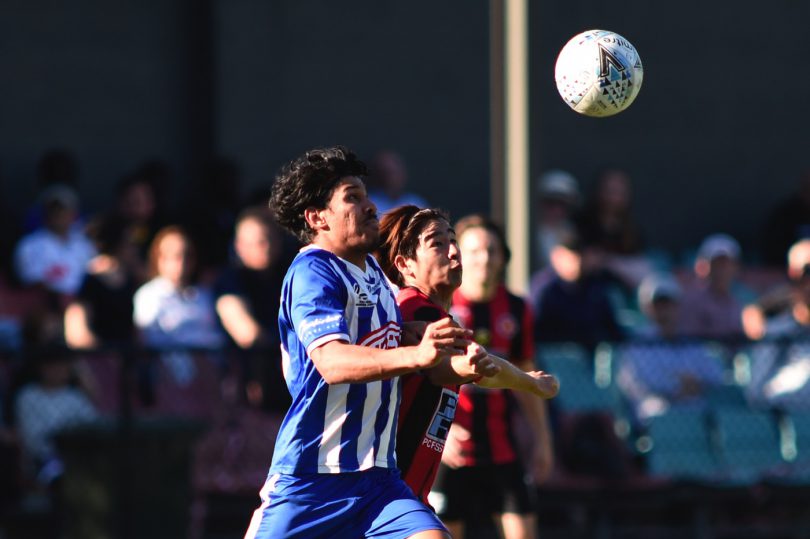 SYDNEY Olympic split the points with Rockdale after they were unable to break the nil-all deadlock in their National Premier League clash at Lambert Park on Sunday.

It was Rockdale’s fifth clean sheet in as many games as the Steven Zoric coached side kept their unbeaten start to the rebooted season alive against a talented Olympic outfit.
Neither side was giving much away in what was a battle of the league’s powerhouse teams.
Rockdale defender Brayden Sorge had the best chance of the first half when he forced a brilliant save from Olympic shot-stopper Nicholas Sorras.
Olympic hit back after the interval and they pushed to be the first side to score against Rockdale since the competition restart.
A Nikola Kuleski free-kick should’ve been the breakthrough, but David Bradasevic’s incredible diving save kept the match scoreless.
Chances to Olympic duo Adam Parkhouse and Tom Whiteside, had the Rockdale defence on its toes but couldn’t break through.
In the 85th minute, Fabio Ferreira dribbled through the Rockdale defence but fired over the bar in what was the game’s best chance.