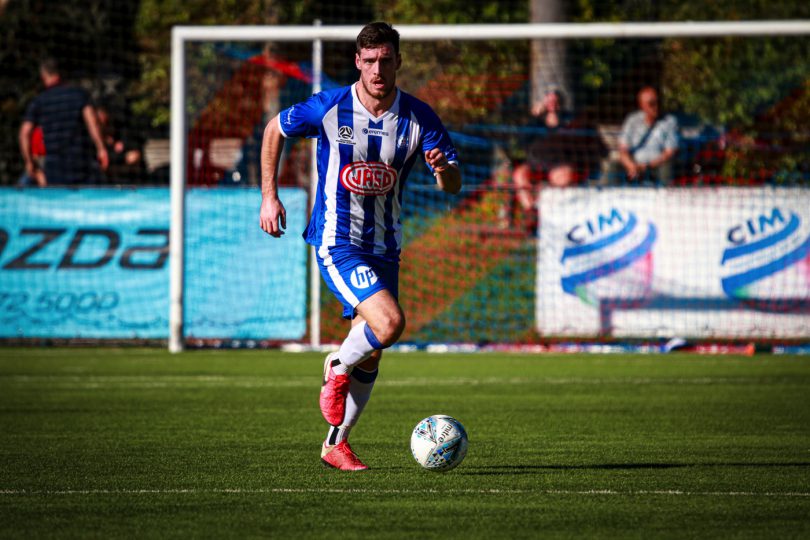 SYDNEY Olympic has missed a chance to move into the top spot on the NPL NSW Men’s competition table after they were held to a shock 1-1 draw with bottom side North Shore Mariners on Saturday.

A second-half strike from Hagi Gligor, cancelled out North Shore captain Chris Lindsay’s first-half, free-kick as the home side were forced to settle for a point.
The draw could prove costly for Olympic’s Premiership hopes.
After a mostly uneventful opening to the match, the Mariners took the lead after 30 minutes, courtesy of Lindsay.
The North Shore captain fired in a sublime, curling free-kick from the edge of the penalty area which flew into the top corner to give the visitors a shock 1-0 lead at the break.
Olympic raced out of the blocks after the interval and was able to equalise less than 90 seconds after the restart when Chris Gligor poked the ball home from close range after the Mariners were unable to clear a corner kick off their line.
Tempers frayed through the second-half as frustrations got the better of both sides.
Olympic pushed for a winner late in the contest, but it wasn’t to be as the Mariners clung on to claim a hard-earned point which felt like a victory for Joe Hayward’s side who had stung Ante Juric’s highly talented squad.