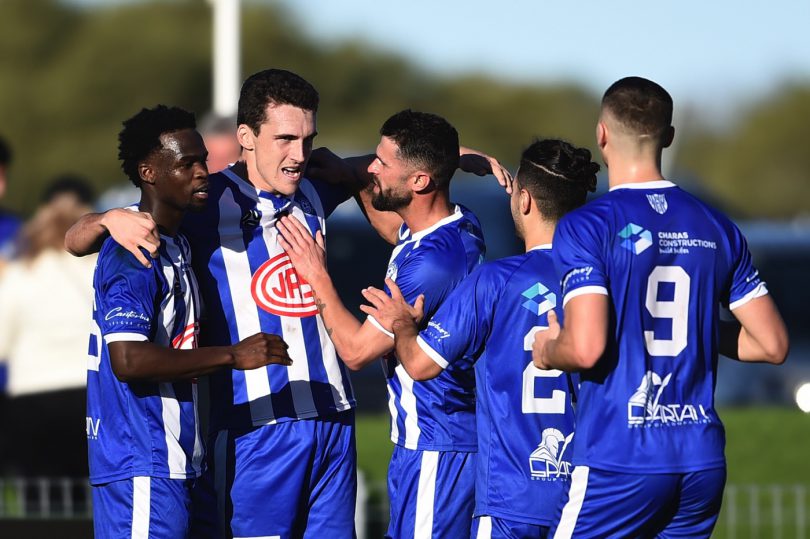 It was a fast start from the visitors hitting the woodwork twice in the opening couple of minutes.
Olympic took the lead early on through Benjamin van Meurs before Lachlan Scott equalised for the Wolves not long after.
Michael Glassock’s goal with 10 minutes to play in the first stanza saw the away side head into the sheds with a 2-1 lead after a promising first-half display.
Three second-half goals from the visitors with a brace to Mohamed Adam and a goal to Jason Madonis, secured Ante Juric’s side the three points.
Sydney Olympic coach Juric was impressed with his side’s overall performance especially considering the quality of the Wollongong Wolves.
“It was always going to be tough,” he said.
“We started well, we were aggressive. We knew we had to be on top of our game.
“I am very proud of the intensity.
“We took our chances, it was a long time coming but we actually took them today which was nice.”