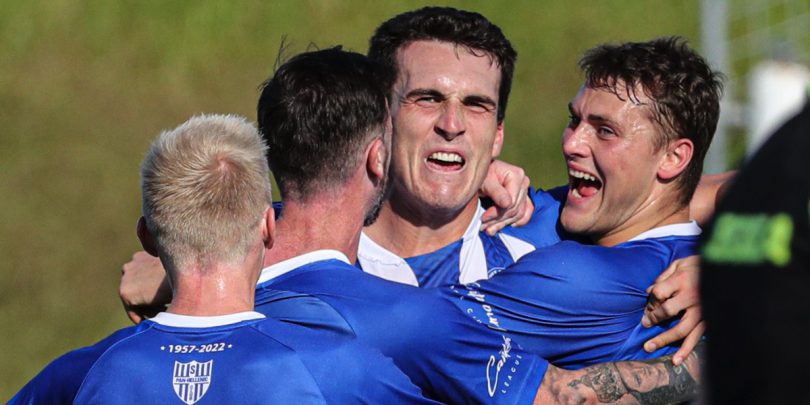 SYDNEY Olympic had plenty to celebrate with a 3-0 demolition of Sydney United 58 in the National Premier Leagues NSW Men’s on Easter Monday. A ROY O’Donovan brace ignited a stellar team performance from Sydney Olympic, as they defeated Sydney United 58 3-0 on Easter Monday at Sydney United Sports Centre.
Olympic came into the match up with a three-game win streak and looked eager to make it four in a row, as they continued to chase the top spot on the National Premier Leagues NSW Men’s ladder.
Michael Glasslock opened the scoring with a perfectly placed finish, shortly before Roy O’Donovan doubled Olympic’s lead 15 minutes later and finished his double in the 66th minute as Olympic’s continued persistence paid off.
Sydney Olympic coach Ante Juric said the team’s performance and energy was much better.
“When you play Sydney United at Sydney United it’s very tough, they’re definitely one of the best teams in the league, so to get three points is great,” he said.