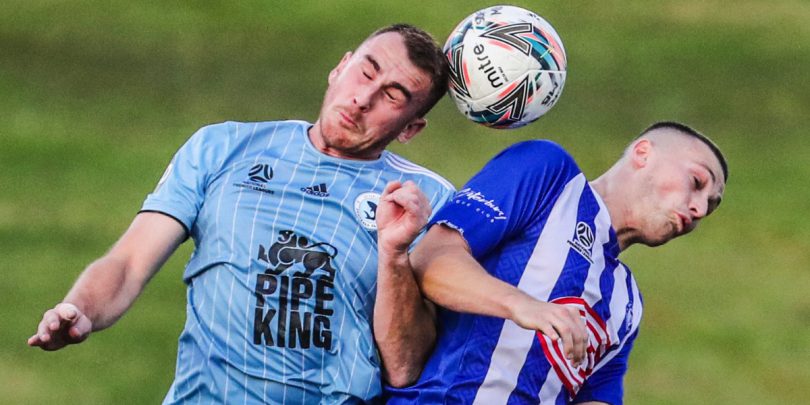 IT was all smiles for Sydney Olympic at Belmore Sports Ground on Sunday afternoon after a dominant display kept them on pace with the race for Premiership with a 4-1 victory over the Sutherland Sharks.

The Blues are sitting equal second on the competition ladder.
Goals to Benjamin Van Meurs, Brendan Cholakian and Roy O’Donovan, gave Olympic a three-goal advantage heading into the half-time break.
Sutherland’s James Andrew managed to get the visitors on the scoreboard shortly after the restart but Adam Parkhouse finished off scoring for the hosts to secure a 4-1 victory.