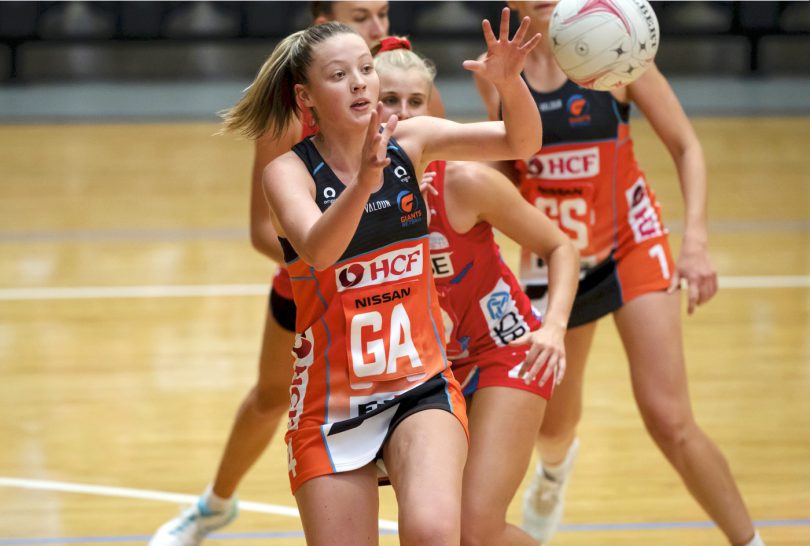 THE battle for top spot on the Super Netball ladder has been blown wide open after the Giants defeated fierce rivals NSW Swifts 59-55 in their relocated derby clash in Adelaide.
The two Sydney-based clubs produced a high-quality contest despite the ongoing uncertainty of another disrupted season, but a strong finish from the Giants saw them move ahead of the Swifts into provisional top spot on the ladder thanks to a superior percentage.
Scores were level 29-29 at half-time between the Giants and Swifts following a fast-paced start that contained all the intensity and physical clashes expected from a local derby.
The deadlock continued throughout the third quarter until Jo Harten intervened with a pair of super shots as the Giants scored the final five points to take a 47-42 advantage into the fourth period.
The Swifts threw everything at their crosstown rivals in the closing minutes but the Giants held their composure to claim their biggest scalp of the season so far.
Harten top scored for the Giants with 30 goals and three super shots, while Maddie Hay (32 feeds, 19 goal assists) was also among the most impressive performers for the victors.
“The Swifts are a successful side and we really brought it to them today, I think we showed a lot of maturity out there,” wing attack Maddie Hay said.
While the schedule for the final three rounds is yet to be announced, what does seem certain is that the Giants and Swifts will be unable to play in their home state during the upcoming finals campaign.