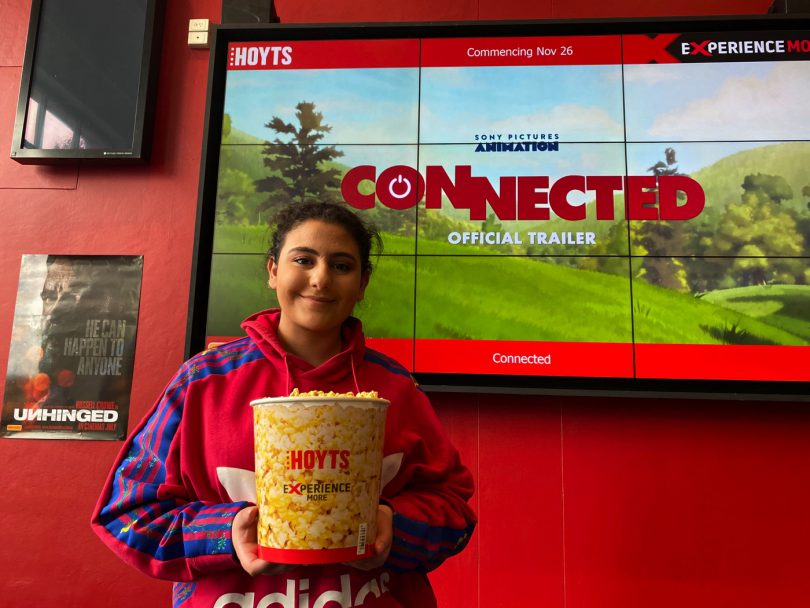 THE biggest movie released since lockdown eased, ‘Unhinged’ is a road rage thriller depicting Russell Crowe as a punisher known only as ‘The Man’.

The action kicks off with Crowe, sweaty and obese, popping a couple of pills, before fetching a claw hammer and gasoline can from his car, bashing in his ex-wife’s door, and setting her and her house on fire.  Clearly ‘The Man’ has some issues.
He’s not a guy you’d want to hoot your horn at, repeatedly, at a traffic light, before giving him an earful.
This, however, is what divorced single mother Rachel (Caren Pistorius) unwisely does on the morning school run. Big mistake.
Rachel is then remorselessly stalked by Crowe, who looms, grunting and sweaty behind his steering wheel, like a bearded hippopotamus about to gulp her for lunch.
Packed with pulse-pounding car chases, ‘Unhinged’ is violent but also guiltily entertaining.
Winking at Crowe’s own reported, real-life anger issues, this will actually have you egging on his sadistic anti-hero. What will he do next?
It’s genuinely compelling, especially when the film reveals the cause of Crowe’s irrational hatred for perceived rudeness.
Then for a change of pace, check out ‘The King of Staten Island’ which has been described as funny, authentic, painful and offensive.
You’ll want to give Saturday Night Live star Pete Davidson a hug after watching him in this revealing comedy.
Although not explicitly a true story, ‘The King of Staten Island’ is an adaptation of Davidson’s life.
He plays a fictionalised version of himself; a character who hopes to be a tattoo artist instead of a comedian.
More like a comic-strip character slouching through real life, Davidson lives in his mum’s basement but there’s plenty of surprises along the way that punctuate this highly entertaining film.
Catch ‘Unhinged’ and ‘The King of Staten Island’ at Bankstown Hoyts.
For screen times, go to hoyts.com.au