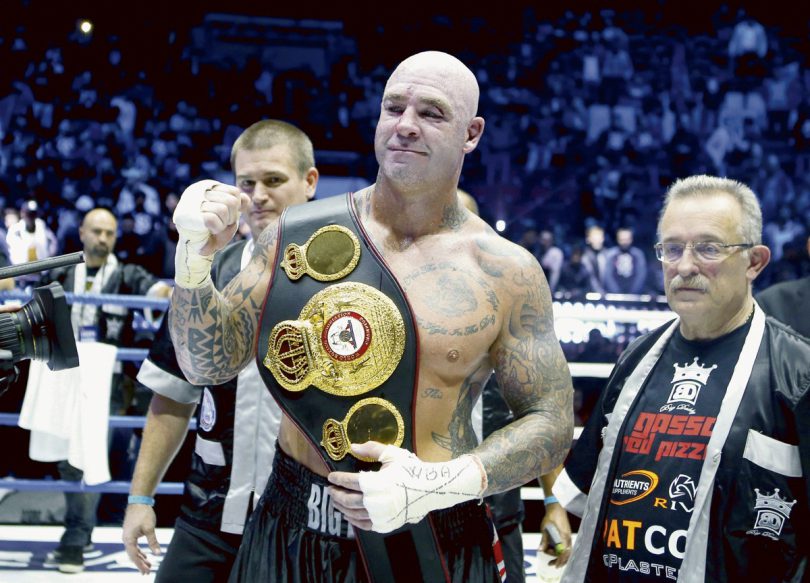 The former Auburn resident, who now lives in Perth, knocked down Fa – who had an imposing 19-1 record – twice in two minutes, destroying his 32-year-old rival at Marvel Stadium in Melbourne last Sunday, before the George Kambosos-Devin Haney lightweight title fight.
Since losing to former NRL star Paul Gallen Gallen in April 2021, Browne, 43, has truly turned it on for boxing fans with victories over former Aussie heavyweight champ Faiga Opelu and now a TKO of Fa.
He made history in 2016 when he knocked out Ruslan Chagaev in the ring in Grozny, Chechnya, to win the WBA regular heavyweight world title.