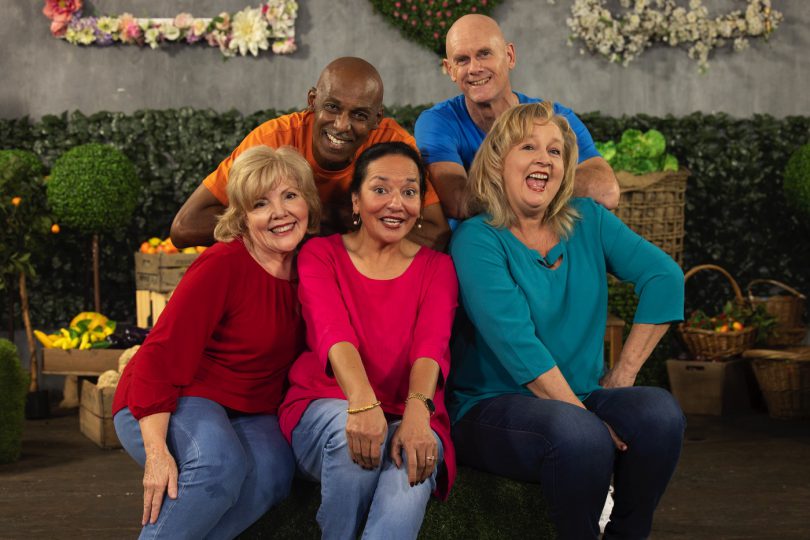 CHILDREN are invited on ‘A Big Animal Adventure’ with The Nannas and The Poppas next week at Bankstown Sports as part of its school holiday entertainment line-up.

The Nannas and The Poppas are the new kids on the block of children’s entertainment – and they’ve become a huge hit on ABC Kids TV!
They are five real grandparents who are joined in their recycling barn by children from the local community who love to sing and dance with them! All of their music has been written by John Field who has written hits for The Wiggles.
It’s not surprising that The Nannas and The Poppas have become such an instant hit.
Grandparents are a big deal in children’s lives, with more than 61 per cent of the young being looked after by a grandparent every week.
On their first ever tour during the upcoming school holidays, the show invites children to join the cast as they go looking for their lost pet elephant – elephants can be very tricky to find.
Along the way they fly like birds, roar like tigers, swing like monkeys, chomp like friendly alligators and they even learn how to super bunny hop!
It’s 45 minutes of dancing, singing and huge dollops of laughter and imagination – the perfect show for the entire family.
Children under three years are admitted free when accompanied by a paid ticket holder if the intention is that they will sit on the adult’s lap.
On offer in The Theatre on Wednesday, June 30, from 11am (doors open at 10.30am), tickets cost $15 for members and $16.50 for non members.
Book at tickets.bankstownsports.com.