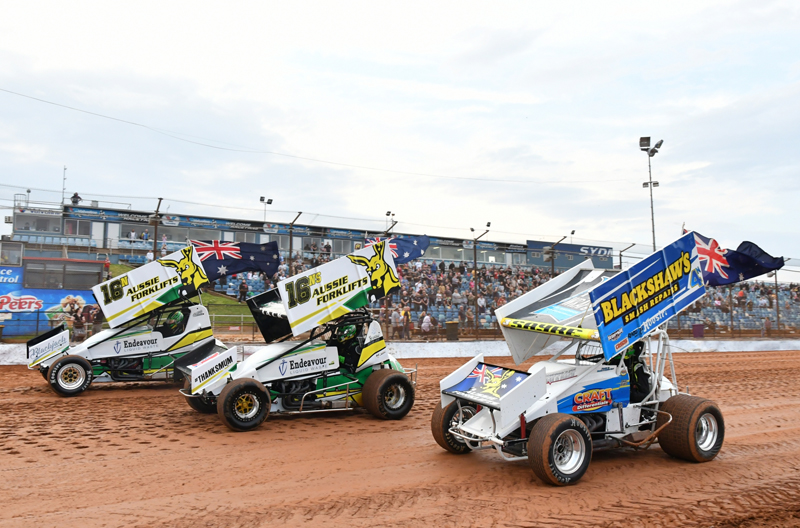 A NEW season of Speedway has fired into life at Parramatta’s Valvoline Raceway as the venue celebrates over four decades of elite dirt track motor racing.

The 2019/2020 season began on September 21 and has already provided some frantic racing with teams coming from various states and territories to compete.
The Ultimate Sprintcar Championship will once again be one of the main focuses for spectators and drivers alike as drivers from NSW, Queensland, Victoria, South Australia and the Northern Territory lock horns for the handsome prize-money on offer.
The second year of the Ultimate Speedway Challenge will be held on October 19, where the best Speedcar, Late Model Sedan and Sprintcar drivers will compete in a series that also includes Valvokine Raceway’s sister tracks in Toowoomba and Murray Bridge.

Matt Jackson has already proven he has what it takes with yet another career win on opening night in his Speedcar, while St. Clair Sprintcar driver Daniel Sayre claimed his first feature race victory on the first night.
Newcastle driver Nathan Disney lived up to his nickname “the Newcastle Nightmare” with a powerful first round victory in his thunderous Late Model sedan and the colourful mobile mechanic will also be back on October 19 for an attempt at repeat victories along with Jackson and Sayre.
As Christmas approaches, teams will gear up for battle with three of America’s finest Sprintcar drivers in Californians Brad Sweet and Carson Macedo and Texan Aaron Reutzel.

A hectic six-night event schedule between December 26 until January 18, will see an amazing $300,000 in prize money on offer and the bragging rights of “Ultimate Sydney Speedweek Champion” for the thunder and lightning Sprintcar class.
This Saturday night, October 12, will see Wingless Sprints, Street Stocks, Compact Speedcars, Lightning Sprints and Junior Sedans.