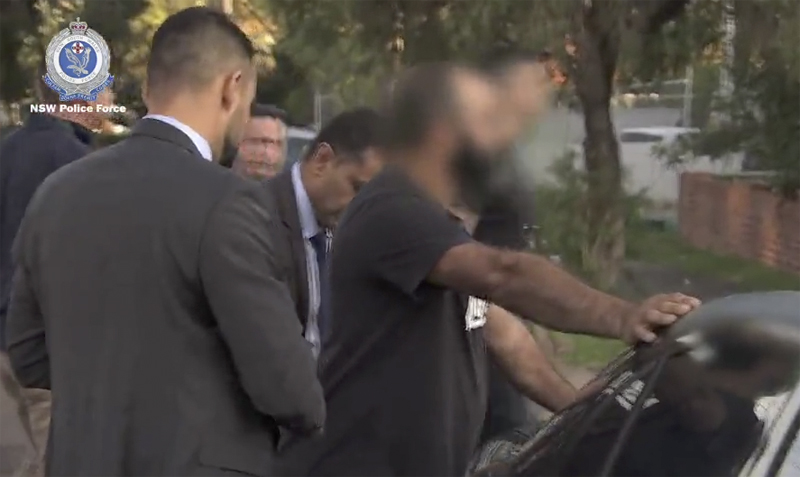 A BELFIELD man has been charged over the alleged extortion of another man in Sydney’s Lower North Shore.

In September 2019, detectives from the State Crime Command’s Robbery and Serious Crime Squad established Strike Force Garrong to investigate reports of an alleged extortion.
Following extensive inquiries, strike force detectives arrested a 42-year-old man outside a home at Belfield about 8am today (Wednesday, February 26).
Shortly after, officers executed two search warrants at homes in Belfield and Colo Vale, where they seized mobile phones and electronic storage devices.
The man was taken to Campsie Police Station and charged with demand with menaces intend obtain gain/cause loss, and do act intending to pervert the course of justice.
Police will allege in court that the man threatened a 72-year-old man and demanded $300,000 cash between September and November 2019.
It will be further alleged the extortion was in relation to the 2012 murder of a 65-year-old Henley woman.
Investigations under Strike Force Garrong are continuing.
Police are urging anyone with information that may assist Strike Force Garrong detectives to call Crime Stoppers on 1800 333 000 or use the Crime Stoppers online reporting page: https://nsw.crimestoppers.com.au/
Information you provide will be treated in the strictest of confidence.