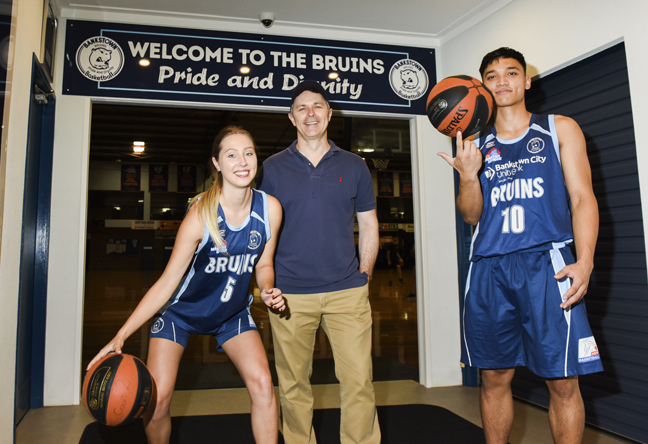 AN honour wall listing the championships won by the Bankstown Bruins and its players who have represented NSW and Australia, now takes pride of place in the upgraded foyer at Bankstown Basketball Stadium in Condell Park.
“This is the first upgrade to the Basketball Stadium entrance in 40 years,” said Federal MP for Blaxland, Jason Clare, who checked out the work last week.
The Bankstown Basketball Stadium was built in 1979.
Bankstown Bruins general manager Christian Gobolos says the stadium foyer is the first point of contact for both club members and the many users of the stadium and by modernising the look and usability, it will help attract new visitors.
The upgrade was funded by Bankstown Basketball Association and the Stronger Communities Program.
The Stronger Communities Program provides grants, between $2,500 and $20,000, to not-for-profit organisations for small capital works projects that improve the local community.