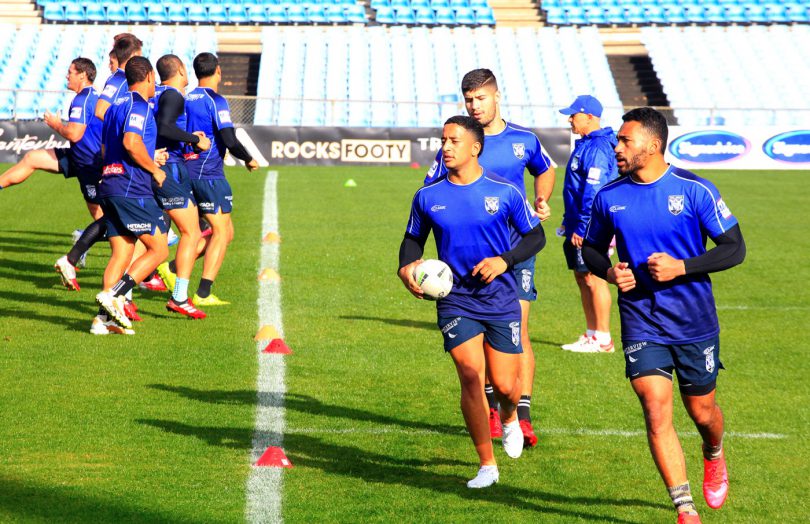 The Canterbury-Bankstown Bulldogs have signed Trent Barrett as Head Coach for the next three seasons.

Barrett, will finish this season with Penrith before joining the Bulldogs for their 2021 campaign.
Barrett had an outstanding playing career that involved 235 NRL matches with the Illawarra Steelers, St George Illawarra Dragons and Cronulla Sharks, plus 60 matches for Wigan in the UK.
He also represented NSW on 11 occasions and won 15 caps for Australia.
As a coach, he was in charge of the Manly Sea Eagles between 2016-18 and is current Assistant Coach at the Penrith Panthers.
Bulldogs Chief Executive Andrew Hill was delighted at being able to bring Barrett to Belmore as Head Coach.
“We have acted swiftly to secure the services of Trent because we believe he is the right man to take our club forward,” Hill said.
“Having spoken to Trent on a number of occasions we have been impressed with his vision for the future of our football team and how he will look to develop our players on and off the field.
“Trent has been around the game a long time and has a great knowledge of football and how to bring the best out of players. We all look forward to him joining the Bulldogs family at the end of this season.”
Barrett also thanked the Bulldogs for the opportunity to take on the Head Coach’s role:
“I’d like to thank the Canterbury-Bankstown Club for appointing me to the position of Head Coach and for giving me the opportunity to become part of the Bulldogs family,” he said.
“The Club has a long and proud history of success in Rugby League and is a Club founded on strong work ethics and family values. I look forward to, and am excited by, the challenges ahead in terms of making this Club a serious competition force again.
I would also like to thank the Panthers for their support and understanding, As my job there is not yet done, and out of respect to the Panthers, I will not be making any further comment until the conclusion of the season.”