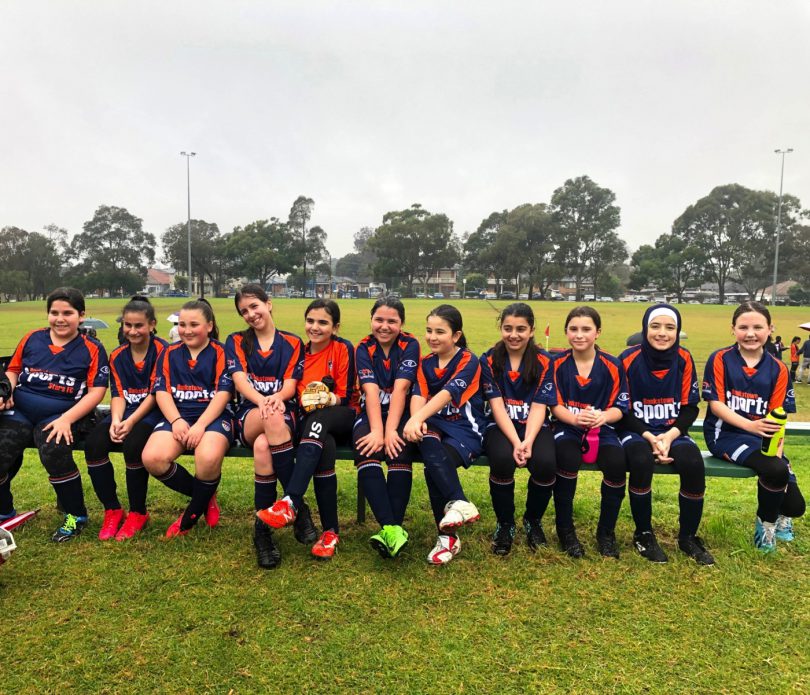 AFTER being sidelined for several months due to Covid-19, Bankstown Sports Stars FC were thrilled to get back on the field after experiencing an unprecedented growth in player registration.

During the Bankstown Sports Service to Sport, Medal and Awards Night in October 2019, Bankstown Sports Stars FC were awarded the Social Superstar Award, for leveraging social media beyond regular club announcements and growing the community following. Their social media campaigning efforts were a huge success, with enrolments for the 2020 season growing by 30 per cent. The overwhelming demand saw the addition of five new female teams, ranging from Under 6s to Under 14s.
The soccer season began three months late, commencing on July 1 and the players we determined to catch up on missed time, returning to weekly training in June.
To ensure the safety of all club members, balls are sanitised between games, Covid Safety Marshalls have been instated, the canteen introduced contactless payments and players are limited to bringing one visitor to the fields.
Bankstown Sports Stars FC Registrar Norman Bejjani says the support of Bankstown Sports Club is instrumental to the success of the club.
“The extra precautions that we have in place can be daunting, however, without the ongoing support and guidance from Bankstown Sports, we would not be able to operate,” he said.
“Bankstown Sports has enabled us to create a community to aid the ongoing development of young players, it has been rewarding to see all the familiar faces and new ones too, back doing what they love on the field.”