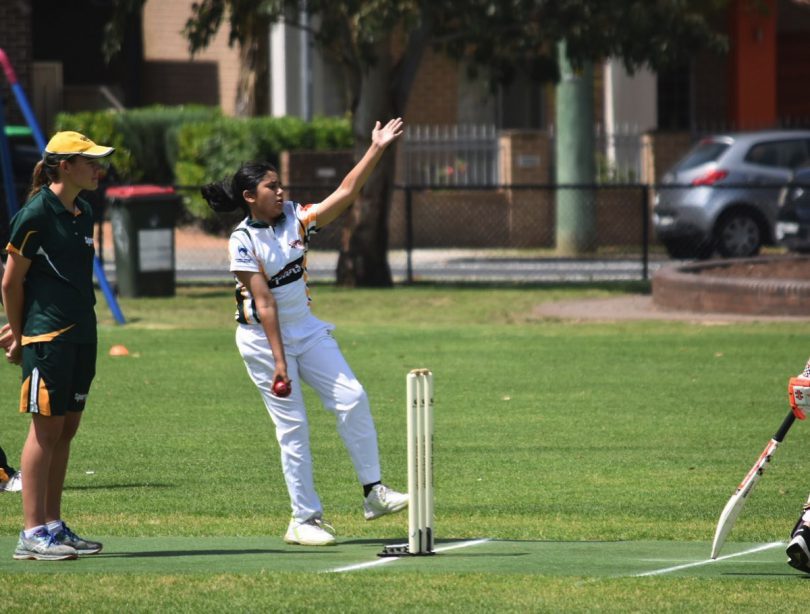 TERRIFIC on the field as well as featuring top-score batting efforts, Bankstown Sports Women’s Cricket Club U15 Sixers Cricket League side won their first match of the season against Concord Briars Maroon on Saturday.

Batting first, Bankstown finished with 3/85 off their 20 overs with Jessica Robertson 19rtno (25) and Bree Kurtz and Marium Mahmood all retiring after their allocated 25 balls.
Summer Hession 12 (17) and Taylor McMahon 10no (17) were both fantastic with the bat, reaching their top scores of the season.
BSWCC were also awesome in the field taking three catches and a run out to help bowl Concord Briars Maroon out for 72.
Taylor McMahon 2/5 and Bismah Choudhry 2/7 were the pick of the bowlers, taking two wickets each while Mahmood and Kurtz took a wicket a piece.
Bankstown Thirrd Grade went down to Campbelltown-Camden on Saturday in a low scoring match.
All Sunday matches at Bankstown Oval were washed out.