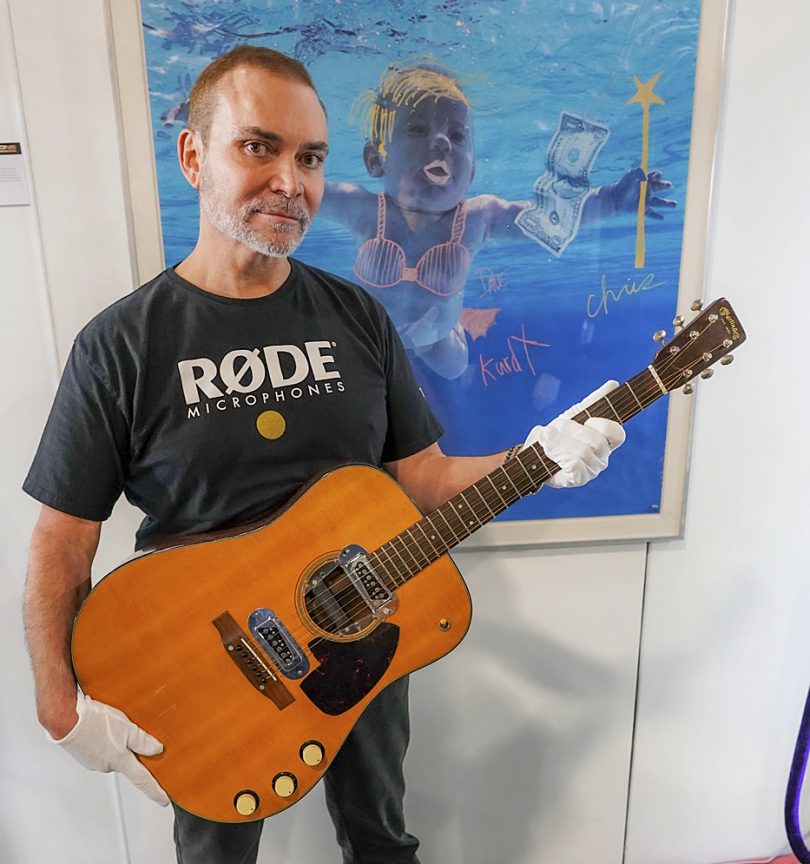 STAFF at Rode Microphones Silverwater headquarters might just get a glimpse of Kurt Cobain’s acoustic guitar bought for a record US$6.01 million by company founder Peter Freedman last week.

However everyone else will have to wait until plans to exhibit the classic instrument in Sydney are finalised.
The purchase of the 1959 Martin D-18E acoustic guitar – famously played during Nirvana’s ‘MTV Unplugged’ performance – surpassed the $1m reserve and set a new world record for the most valuable guitar ever sold at auction.
Describing Nirvana’s live performance as “easily one of the best” ever captured on film, Mr Freedman says he plans to use the guitar as a centrepiece in a worldwide tour with all proceeds, including eventually the instrument itself, going to support the performing arts.
“I immediately knew it was a once-in-a-lifetime opportunity to secure it and use it as a vehicle to spotlight the struggles that those in the performing arts are facing and have always faced,” he said.
“The last few months were the straw that broke the camel’s back,and for many in the arts, brought forth the harsh reality that they work in an industry for which there is little support in times of need.
“For most, access to financial and health services – particularly mental health services – is very limited. While many industries are gradually returning to normal, it’s going to take a long time before this industry can begin functioning as it was.”