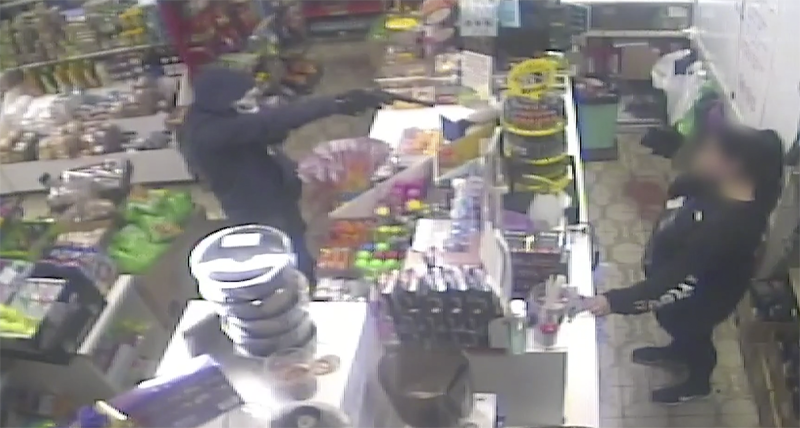 Police have released CCTV and are appealing for public assistance as investigations continue into an attempted armed robbery in Punchbowl last week.

About 5.25pm on Friday, May 22, a man entered a mixed business on Wattle Street, Punchbowl, and threatened a female employee with a firearm, while demanding money.
The man fled the store without any proceeds and was last seen running down Acacia Avenue near Telopea Street.
The 29-year-old woman, who was uninjured in the incident, alerted police.
Bankstown Police attended, and established a crime scene, which was examined by specialist forensic police.
Following inquiries, detectives have now released CCTV of a man who they believe may be able to assist with their investigation.
The man is depicted as being between 160cm and 170cm tall, and of thin build. He is seen in the vision wearing a white skull mask, dark hooded jumper, dark gloves and dark pants.
Police are appealing for anyone who may have information that can assist detectives, or dashcam footage from Wattle Street or Acacia Avenue between 5.15pm and 5.45pm on Friday, May 22, to contact Bankstown Police Station on 9783 2150 or Crime Stoppers on 1800 333 000.
Anyone with information about this incident is urged to contact Crime Stoppers: 1800 333 000 or https://nsw.crimestoppers.com.au. Information is treated in strict confidence.