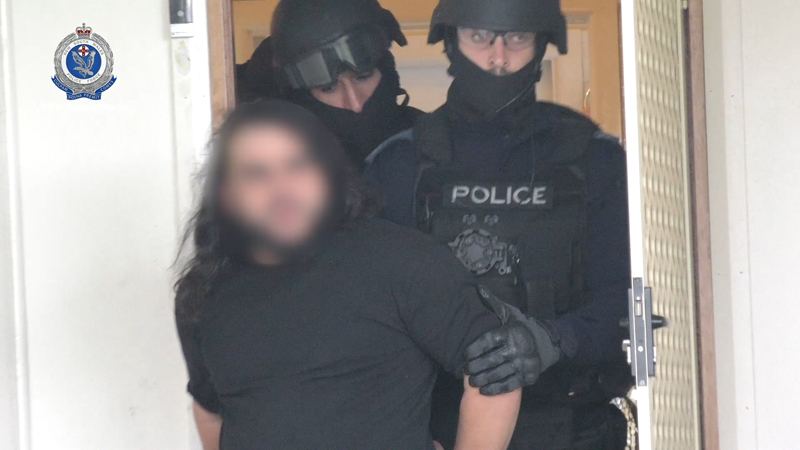 A MAN faces a charge of shooting at with intent to murder after guns were drawn and shots fired in a backyard of a Revesby home late last year.
Police said that about 12.30am on Monday, November 25, a group of men armed with rifles and a shotgun, jumped the back fence at a home in Marco Avenue, Revesby.
It will be alleged in court that the men threatened one of the occupants, a 35-year-old man, and three other men, aged 21, 22 and 32.
It is alleged the 35-year-old man ran into the home and picked up a rifle, before firing several shots at the armed men, who fled the backyard.
No one was injured, including a horse that was in a stable at the rear of the property.
Detectives formed Strike Force Evaline to investigate the incident and following extensive inquiries, investigators, with the assistance of specialist tactical officers, arrested a 35-year-old man at another property in Revesby last Wednesday.
Shortly after, a search warrant was executed at the home where investigators allegedly located a firearm conversion kit and ammunition.
The 35-year-old man was charged with shoot at with intent to murder, fire firearm in or near public place, possess unauthorised firearm, possess or use a prohibited weapon without permit, and hinder discovery evidence – serious indictable offence.
Following further inquiries, detectives arrested two men, aged 22 and 21, at homes in Bankstown and Panania, and a 32-year-old man at a business in Balmain the following day.
The trio were charged with shoot with intent to murder – accessory after the fact, hinder discovery of evidence – serious indictable offence, and conceal serious indictable offence.
Investigations continue.
Anyone with information that may assist Strike Force Evaline investigators, should contact Crime Stoppers, 1800 333 000.