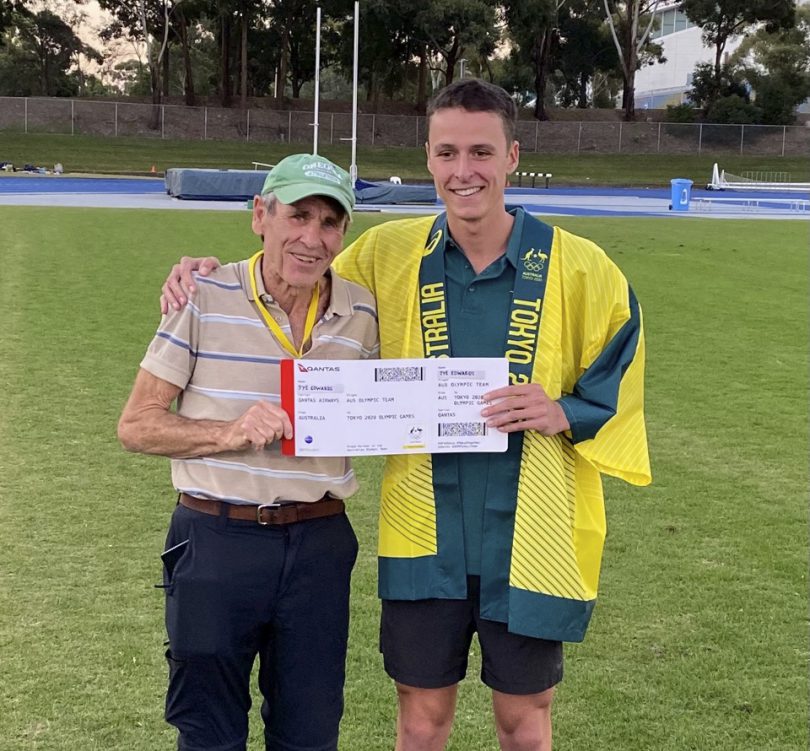 JYE Edwards of the #BankstownTrackProject and Team Telford Elite, has run a staggering 3:49.27 to come third in one of the world’s most famous races, the Dream Mile in Oslo, to go to third on the all-time list behind Craig Mottram in 2005 and new national record holder Stewy McSweyn, who ran 3:48.37 to win the race.

After earlier beating Australian-record holder Stewy in a two-horse race to become the Australian Champion and become the club’s second automatic qualifier for the Tokyo Olympic Games in April, Edwards ran a brilliant, tactical race in his Diamond League debut, methodically working his way through the field.
To put the performance in perspective, Edward’s previous personal best was 3:57 before the Dream Mile on Friday and only 63 men have ever broken 3:50 for the mile.
Meanwhile Ed Trippas has become the third #BankstownTrackProject member to book his spot on the Athletics Australia team for the Tokyo Olympics, running a barely believable 8:19.60 in Spain with less than three hours to spare in the qualification window in what must be the most clutch performance in club history.
Trippas’ run was a six-second personal best and puts him number three on the all-time list, just three seconds behind Aussie record holder Sean Creighton.
Edwards and Trippas will join Bankstown’s Jessica Hull, the Australian 800m and 1500m champion and Bankstown Sports Athletic Club’s 2020 Female Athlete of the Year, who was the club’s first to book a Tokyo Olympic berth after winning the Australian 5,000m Championship in Melbourne last year.