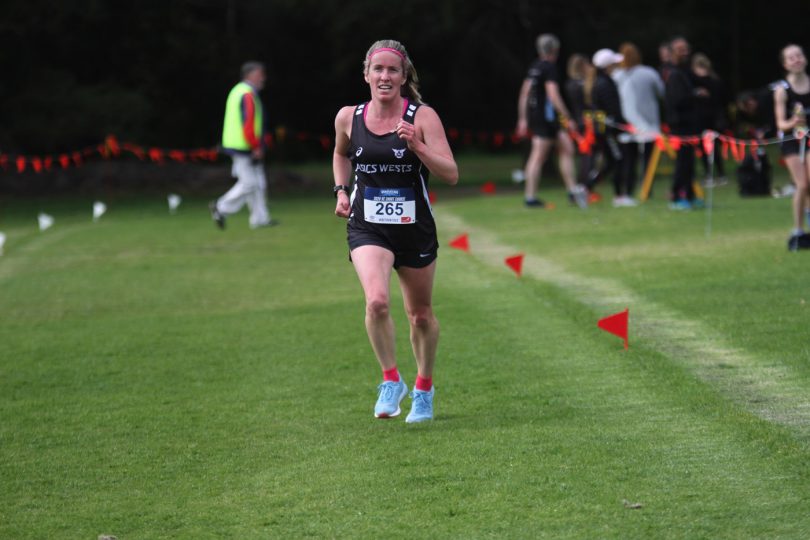 SHAKING off the Covid cobwebs after the longest break in NSW athletics competitions since World War II, 16 female and six male runners from Asics Wests Athletics Club, made the most of bumpy tracks at the Athletics NSW Short Course Cross Country Championships.

Sharing the fate of other community sporting activities, a number of events including the NSW Little Athletes State Championships and the Australian junior and senior national championships, were cancelled in March due to the coronavirus outbreak.
The first event back since then was held in West Dapto on Sunday, July 18, with 31-year-old Nicole Fagan taking line honours for Asics Wests in a time 23:15 in the Women’s Under 35, 5km event, while 19-year-old Belinda Scott clocked in at 8:38 to take third place in the Para Women Open 2km event.
Of the nine young Asics Wests competitors in the Girls Under 14 2km event, 13-year-olds Sienna Scahill and Morgan Charlton finished best, hitting the tape in fifth and sixth place respectively out of a total field of 43.
The pair also joined forces to Asics Wests teammates Amber Halliday and Maisy Wright-Smith to win the Combined U13 and U14 Girls 2km team event, with Tessa Newitt, Zoe Woods, Mia Croker and Grace Beck from Asics Wests Team B, finishing fourth.
Lindsay Scholle also finished fourth in the Men U55 4km event.
The next major Athletics NSW event will be the State Cross Country Championships at Nowra on August 8.