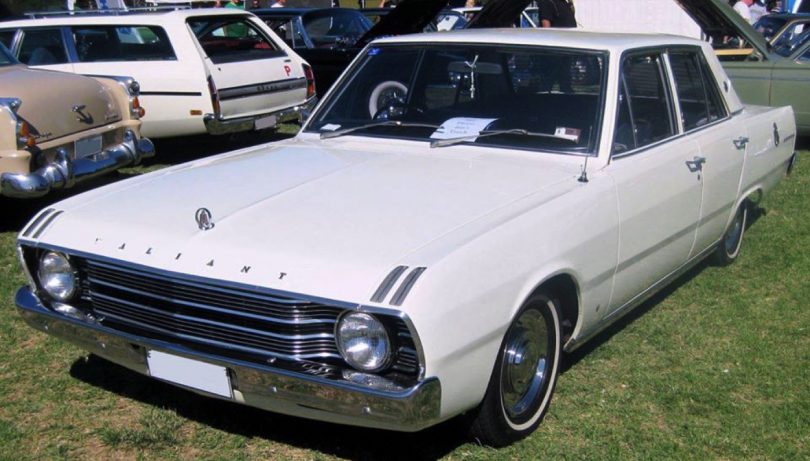 DETECTIVES are appealing for help to find a car used in an historical kidnapping/sexual assault in Auburn almost 40 years ago.

About 7.30pm on Monday, September 28, 1981, a 14-year-old boy was walking along Park Road, Auburn, near the intersection of Vaughn Street, when he was forced into a car by a man, driven away from the area and sexually assaulted.
The vehicle, described as a white Chrysler Valiant (similar to the one pictured), was being driven by a second male.
Detectives are continuing to investigate the matter and are appealing for anyone with information to come forward.
Anyone with information about this incident is urged to contact Crime Stoppers: 1800 333 000 or nsw.crimestoppers.com.au. Information is treated in strict confidence.

Drink driver hits ambo
POLICE are investigating a head-on collision involving an ambulance and a car allegedly driven by a drink driver in Merrylands early Sunday morning.
Just before 2am, police were called to Sherwood Road, Merrylands, after reports a NSW Ambulance vehicle and a Holden Commodore had collided head-on.
A 32-year-old man allegedly returned a positive result and was treated by paramedics for a laceration to his arm before being taken to Westmead Hospital for treatment. He also underwent mandatory testing.
The passenger, the paramedics and a patient inside the ambulance vehicle were uninjured.
Inquiries are continuing.

Left crash site charges
A MAN will appear in court next month after allegedly leaving the scene of a crash that injured a woman in Guildford on Sunday night.
About 10.30pm, emergency services were called to the intersection of Woodville Road and Oxford Street, Guildford, following reports of a car slamming into a traffic pole.
Upon arrival, Cumberland Police found a 21-year-old woman trapped inside a white Toyota Corolla.
She was released a short time later by NSW Ambulance paramedics and Fire and Rescue NSW and taken to Westmead Hospital with injuries to her back and neck.
Police were told a grey Toyota Corolla was involved in the incident, however left the scene before police arrived. The car was last seen travelling towards Oxford Street.
Police later attended a home on Woodville Road, Merrylands and spoke with a 28-year-old man, who was issued a Future Court Attendance Notice for the offences of not give way to oncoming traffic at lights, fail to stop and assist after impact (causing actual bodily harm), and not give particulars to other driver.

Arrest 10th in fraud ring
A 37-year-old man arrested at Guildford is the 10th person charged as part of an ongoing investigation into an alleged criminal syndicate involved in fraudulent activities across the country.
In March 2020, Strike Force Cocci was established to uncover alleged sophisticated cyber scams, including business email compromises, romance scams and laundering of funds obtained.
They also investigated alleged money laundering of over $6 million.
As part of their inquiries, five search warrants were executed at homes across Sydney earlier this month. Nine people have been charged this month and remain before the courts.
The 37-year-old was arrested at a Guildford business last Wednesday and charged him with knowingly/recklessly direct criminal group assist crime, and deal with proceeds of crime.