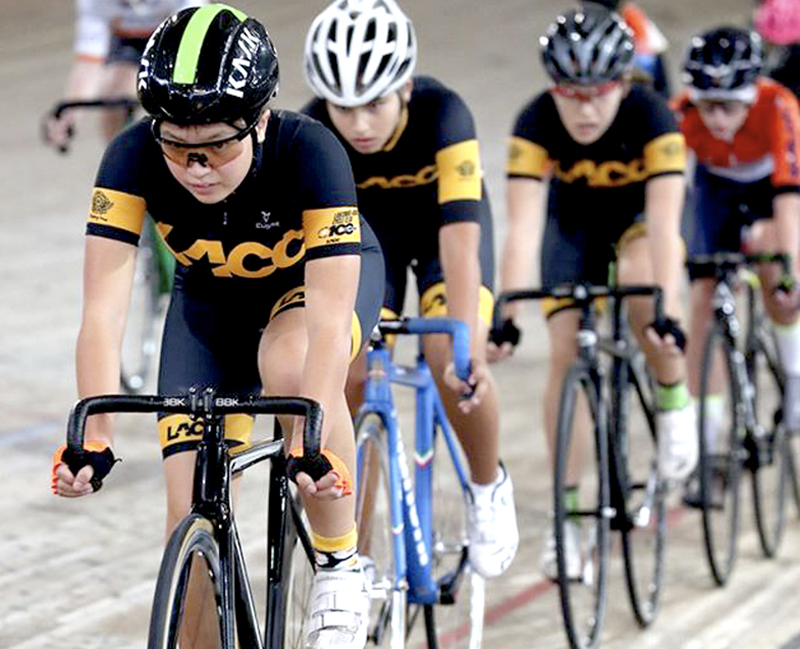 FOUR young riders from the Lidcombe Auburn Cycle Club (LACC), are among those disappointed by the postponement of the National Track Championships in Brisbane (March 18-22) because of the Covid-19 crisis

LACC junior coordinator Linda Allwork said it was disappointing news for Keira Will, Sarah Allwork, Kai Goltman and Anna Dubier who had been selected for the NSW team, but they understood the necessity.
She said the LACC has had an exceptional summer track season with the four cyclists, bringing home 16 medals between them at the NSW Junior Track Championships held from February 28 to March 1.
Goltman picked up four gold in the JM15 Sprint, Points, Scratch and 2km Individual Pursuit (IP) as well as silver in both the Keirin and JM15 Individual Time Trial (ITT); Wills won five silver medals in the JW17 Sprint, Points, Keirin, IP and Scratch races as well as bronze in the JW17 ITT; Sarah Allwork won gold in the JW15 2km IP, silver in the Keirin and bronze in the JW15 Points races; while Dubier picked up her first state Bronze for the JW15 IP.
Ms Allwork said the success of these junior riders was a result of over six years of hard work at the club.
“Largely at Lidcombe Oval at Wyatt Park, where they learnt the essential skills of riding in a safe environment, before putting those skills to use on the track and road,” she said.
“The juniors would not have succeeded without the effort and support put in by the LACC coaches Pierre Dubier and Phil Dobe, as well as parents, helpers, and club sponsors Dooleys Catholic Club, WaterRower and Ashfield Cycles.”
The LACC hosts junior training at Lidcombe Oval every Monday and Wednesday. For more information, email juniors@lacc.org.au.