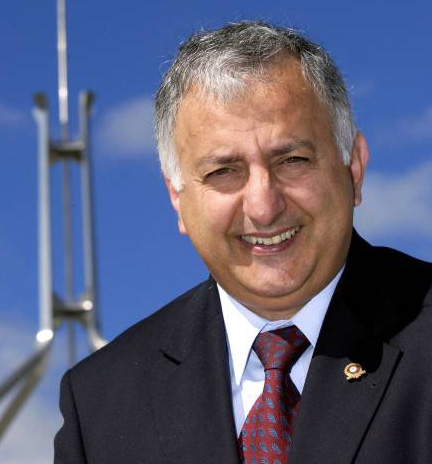 DESCRIBING the Engisch family as the ‘first family of Bankstown’, Revesby Workers’ Club President and former longtime State MP for Banks, Darryl Melham, says the Torch has always been a ‘must read’ for him.

“If you ever cracked the front page, which I did a few times when I was in politics, it felt like winning the lottery,” he said.
“I’ve always gone to the Torch if I wanted to find out what was going on, what the issues were and I was aware of it from an early age.”
Living in the family home at Panania all of his life, Darryl said that when the paper was first established and indeed still by the time he was born in 1954, Bankstown was more like a big country town than the thriving metropolis that it is today.
“The paper has documented so many changes including when Bankstown was more like the wild, wild west with Torch offices being bombed in the 50s and the council being sacked three times in the 60s,” he said.
“However, community has always been so strong and you felt really safe growing up here.
“Torch was what carried the sense of community in every edition, promoted individual and group achievements and raised the alarm in tough times.
“During my political career, if I wanted value for advertising, I’d go to the Torch; you knew it went to every household so you’d get results.
“I’ve always enjoyed reading the Torch and still do; who can go past The Good and The Bad, it’s such a ripper of a column.”