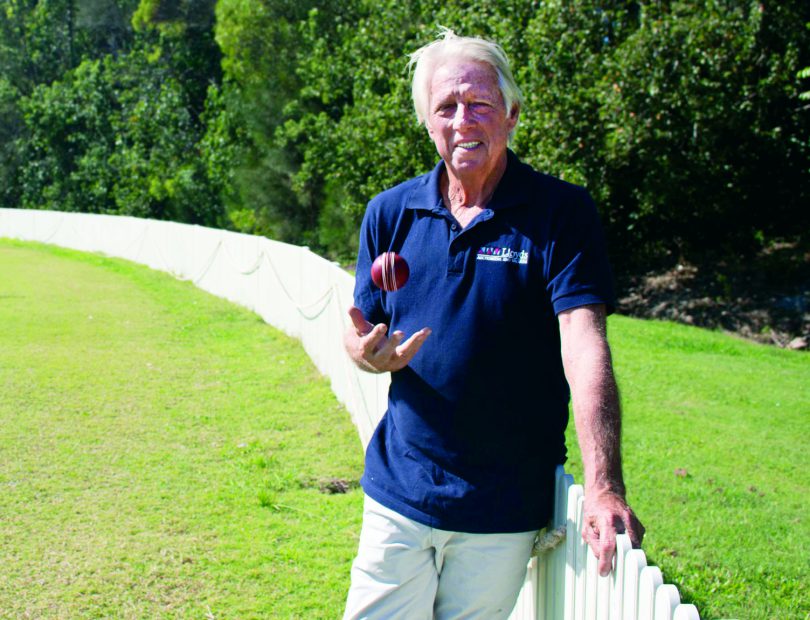 HE barely signed or gave away memorabilia but now fans of the ‘world’s fastest bowler’, Jeff Thomson ‘Thommo’, have the chance to get their hands on some rare pieces of history.

The former Bankstown cricketer became a household name after gaining a feared reputation as the world’s fastest bowler.
In 1975, Thomson was timed using high-speed cameras recording a time of 160.58 km/hr. His supporters claim that he in fact bowled at speeds of over 180km/hr.
He is now releasing a rare, limited-edition ‘Burning Balls’ authentic memorabilia set.
Each framed glass-front cabinet consists of a full-sized cricket bat inscribed with iconic milestones celebrating Jeff’s magnificent career, including his test debut and final test as well as match details, runs and wickets.
A real cricket ball signed by Jeff is embedded and burnt into the bat. A signed certificate of authenticity and limited-edition numbered plaque also comes with every purchase.
The limited-edition framed “Burning Balls” celebrate Thomson’s 255 international wickets taken, with each original being personally signed by the fastest bowler of all time.

“I have barely signed or given away any memorabilia at all throughout my career and I knew when I did, it would need to be amazing,” Jeff said.
Lee Hames, Chief Operations Officer for Lloyds Auctions, said there had already been strong demand from India and there would be many international buyers.
“This opportunity is perfect for any sports room, board room, office or man cave,” he said.
First orders will receive a personal invitation to meet Jeff Thomson at a special luncheon and have the opportunity to be presented with their memorabilia by Thommo himself.
This iconic piece of sporting history is available for a limited time at lloydsauctions.com.au/thommo