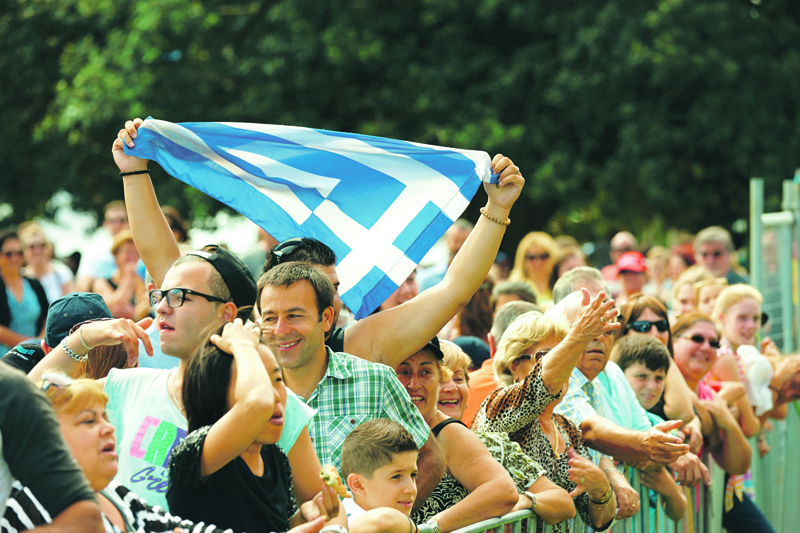 However, for the first time in memory, celebrations are being postponed until next year over Covid-19 group gathering restrictions.
Greece had been part of the Ottoman Empire since 1453.
The Greek revolt got underway on March 25, 1821, when Bishop Germanos of Patras raised the flag of revolution over the Monastery of Agia Lavra in the Peloponnese.
The cry “Freedom or Death” became the motto of the revolution.
The Greeks experienced early successes on the battlefield but by 1827, Athens and most of the Greek isles had been recaptured by the Turks.
Just as the revolution appeared to be on the verge of failure, Great Britain, France and Russia intervened.
At the Battle of Navarino, the British, French, and Russian forces destroyed the Ottoman-Egyptian fleet. The revolution ended in 1829 when the Treaty of Edirne established an independent Greek state.
Calling the event cancellation devastating, Canterbury MP Sophie Cotsis said the community would still be celebrating in spirit.
“There’s a Greek word, ‘Filotino’, which is similar to mateship and underpins the spirit where we look after each other when times are tough and this is one of those times,” she said.
SBS’s first news anchor George Donikian agreed, saying the cancellation was a major tragedy.
“It is a huge disappointment, especially for the young who have been practising for their traditional performances for a year,” he said.
“But the only way for us to defeat this perfect virus storm is to stay apart, not the easiest thing in the world to do when you’re Greek.
“It adds another layer of sadness to an already stressful time.”
Greek Herald co-publishers and sisters Dimitra Skalkos and Elaine Kintis are urging all to recall the significance of Greek Independence Day.
“We need to remember the past more than ever to get by; we will need our strength and resilience and have confidence organisers made the right decision to keep us safe,” Dimitra said.
FOS Group Australia Managing Director Theo Fotopoulos said: “Greeks have seen darkness many times through plagues and wars and this is just another issue we have to keep moving through and plan for next year’s celebration to be bigger and better than ever.”