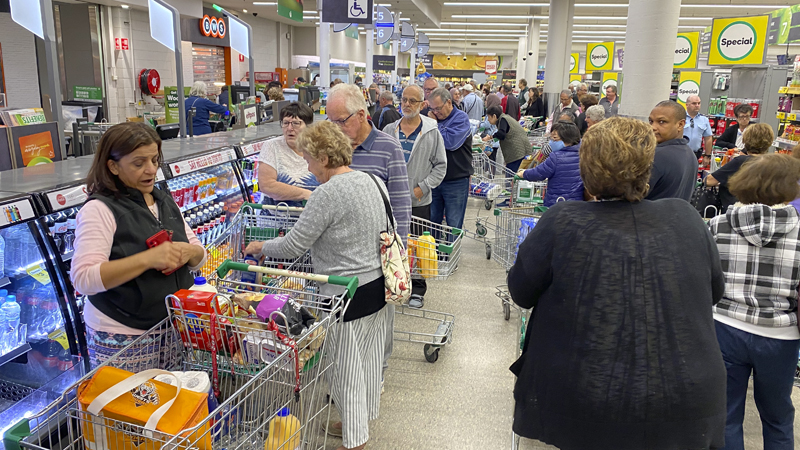 MORE than 1,000 staff in Canterbury Bankstown clubs and pubs have been either made redundant or stood down in the wake of tough government measures to contain the spread of Covid-19.
Prime Minister Scott Morrison said that from noon on Monday all States would shut pubs and clubs as well as cinemas, nightclubs, casinos, gyms, indoor sporting venues, churches and places of worship, while cafes and restaurants would only be open for takeaway.
He said parents had the right to keep their children at home but schools would remain open should they send them.
The biggest club employer, Bankstown Sports, started taking action last week, with 20 redundancies, according to CEO Mark Condi.
“This week will see another 120 redundancies and 500 staff will be stood down,” he said.
“These employees can access all leave benefits and hopefully their job will be here when we re-open.
“We are devastated but it was a decision the Government had to make to keep the community safe so we must support that move.
“But we certainly look forward to opening again.”

Also devastated, Chester Hill RSL CEO Craig Love, who is also CEO for Chester Hill Bowling Club and Campsie RSL Club, has 138 staff to think about.
“We are going to pay everyone as per their roster for the next two weeks,” he said.
“Closing clubs is a drastic measure and we hope the community does the right thing and that business can re-open in two to six months.
“The club industry has been around for 100 years and we will get through this.”
Three Swallows Hotel, along with sister hotel Colonial, have stood down 130 staff.
“They haven’t been sacked, just stood down,” a spokesperson said.
“Once the hotels re-open, their jobs will be waiting for them.”
Greenacre Hotel has stood down 18 staff, with a spokesperson saying: “No one has lost their job.”