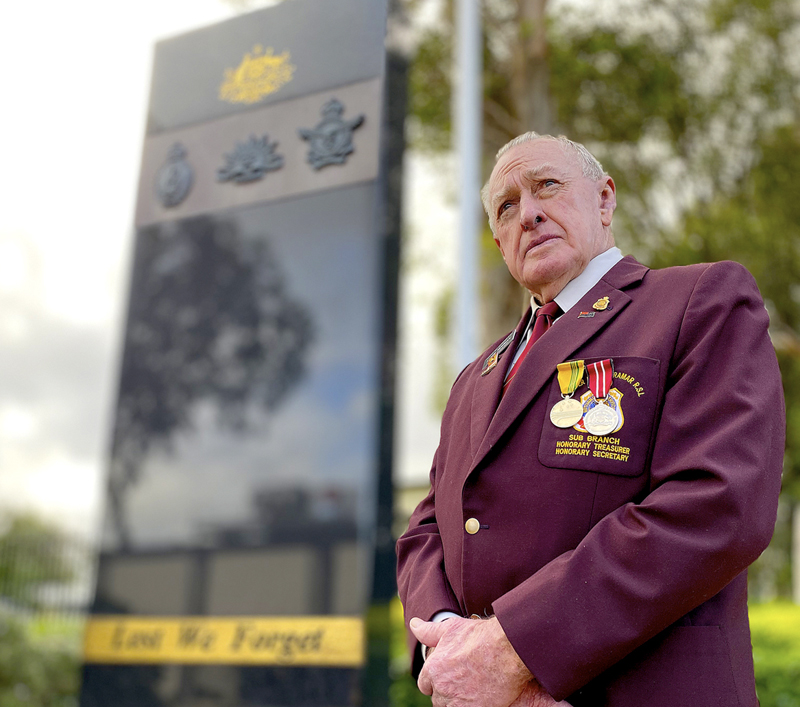 THEY may have been undefeated in war but now our diggers are facing their biggest threat with Anzac Day services cancelled as the Federal Government moves to slow the spread of coronavirus (Covid-19).
In a move hoping to save elderly lives, commemorations at Gallipoli in Turkey and on the western front in France, as well as services across Australia, are among events cancelled on April 25 because of the global pandemic.
Saying this is the first time anything like this has ever happened, Life Member of the Canterbury Hurlstone Park RSL Sub-Branch and president since 2017, Kenneth McIntyre, 73, says the decision was made with great regret but people’s safety was paramount.
“We simply couldn’t have large gatherings of 500 or 1,000 people on Anzac Day,” he said.
“We know that if we can reduce the spread of this virus we can save lives in our communities.
“A lot of those that march are in their 80s and 90s and their immunity is not as good as a young person so they would more likely be the ones to go down.”
He said “it is certainly a blow”.
“We gear ourselves up for Anzac Day all year and it’s not just the services but we also do a lot of nursing home, school and hospital visits; none of these will be going ahead either,” he said.
“We’re hoping to do something around Remembrance Day and hoping we’re on top of the virus by then.”
Chester Hill RSL sub-branch secretary Lloyd Newman agrees that “it is disappointing”.
“But you’ve got to be mindful that most of our diggers are of an advanced age and we wouldn’t want to risk their health so this is the best course action,” he said.
“Everyone is in the same boat, with no formal arrangement permitted but we’re hoping there will be small services televised at the Canberra and Sydney cenotaphs.”