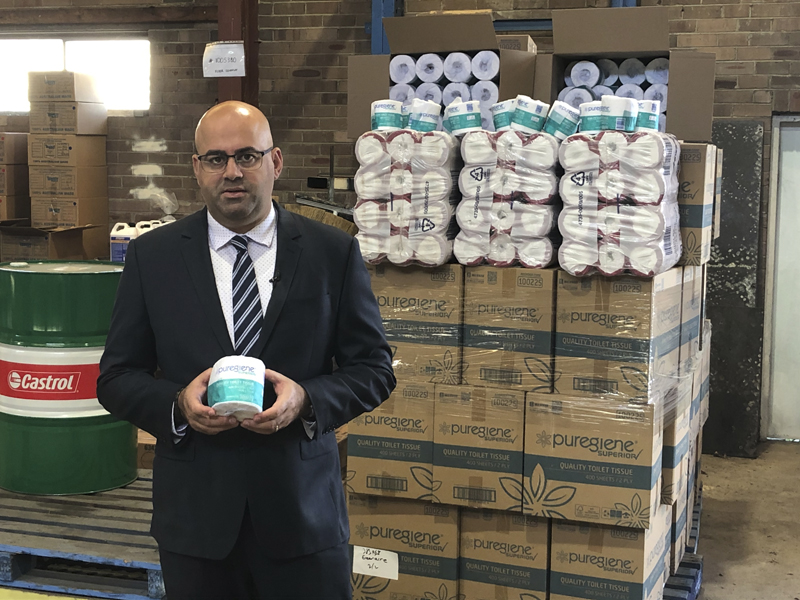 THE alarming theft of toilet paper from public facilities has prompted the Mayor of Canterbury Bankstown to appeal to the community to “do the right thing”.

Mayor Khal Asfour said he was appalled at the behaviour of some people, despite the majority doing the right thing.
Although there are less people out and about and using the public toilets, there has been a significant spike in the number toilet paper rolls being used at public facilities – by up to 400 a week.
“Unfortunately we have some people in the community who are stealing paper from public toilets and taking it home,” he said.
“And it needs to stop.
“It’s un-Australian.”
He says residents need to think of others.
“Supply is not a problem, people just need to be calm and measured and think of those who are vulnerable in our community and use public toilets,” he said.