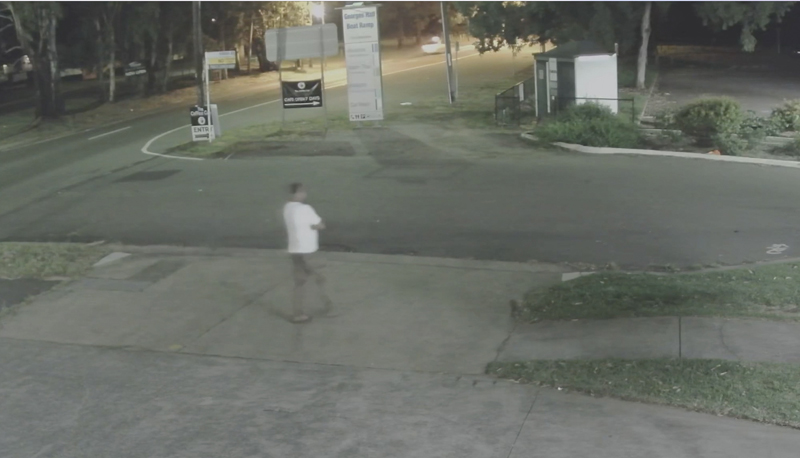 Detectives have released CCTV and are appealing for information as part of ongoing investigations into a man’s death in Georges Hall.

About 4pm on Monday (March 23), police were called to Lake Gillawarna, Georges Hall, after a man’s body was found in the water.
He is yet to be formally identified, however, is believed to be a 48-year-old man from Ambarvale.
Initial inquiries have revealed the man caught a taxi from Queen Street, Campbelltown, to a boat ramp on Rabual Road, Georges Hall, about 2.40am on Saturday (March 21).
He was reported missing to police just before 6pm on Saturday by a family member, after he failed to return home from work.
Detectives from Bankstown Police Area Command, assisted by the State Crime Command’s Homicide Squad, are investigating the circumstances surrounding the man’s death under Strike Force Grancho.
As part of ongoing inquiries, strike force detectives have released CCTV of the man exiting the taxi outside a petrol station on the corner of Raboul Road and Henry Lawson Drive, Georges Hall.
The vision also depicts a grey sedan arriving at a car park on Raboul Road with two occupants who later exit the vehicle near the boat ramp and walk in the direction of the man.

A second vehicle, a dark coloured SUV, is also depicted arriving and exiting the car park.
Investigators are appealing to the community for information to identify the men and anyone who may have seen the vehicles.
Bankstown Police Area Commander, Superintendent Murray Reynolds, says detectives need the community’s help to piece together the man’s movements.
“We are very keen to speak to the occupants of the vehicles who pulled into the Georges Hall boat ramp car park and may have seen the man in the early hours of Saturday morning,” Supt Reynolds said.
“We are awaiting the results of a post mortem examination, so at this stage, the man’s death is being treated as suspicious until we can rule that out.”
Investigations under Strike Force Grancho are continuing.
Police are urging anyone with information that may assist Strike Force Grancho detectives to call Crime Stoppers on 1800 333 000 or use the Crime Stoppers online reporting page: https://nsw.crimestoppers.com.au/
Information you provide will be treated in the strictest of confidence.