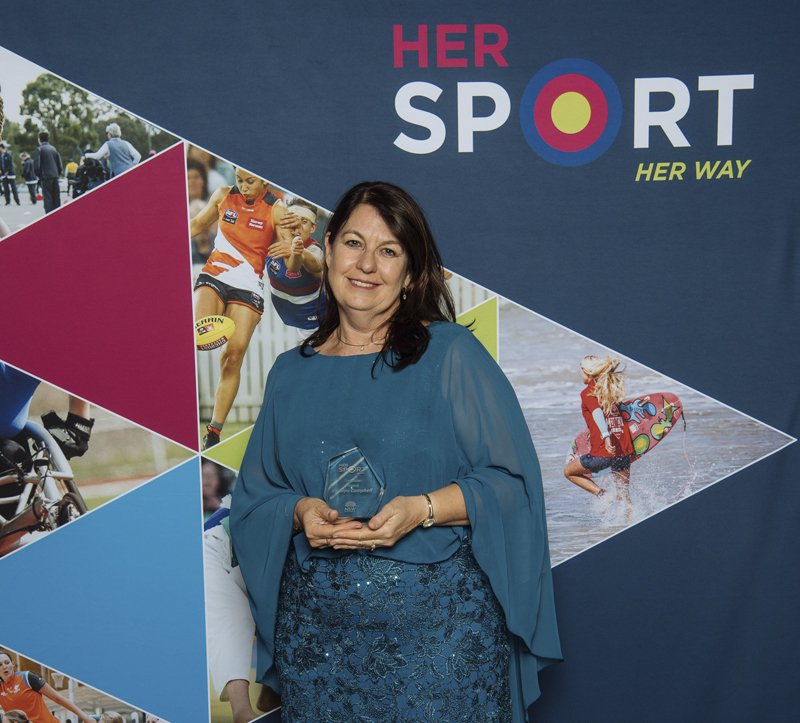 APPROACHING her one-year anniversary as the first female Director of Bankstown Sports, Carolyn Campbell has been recognised at the inaugural Her Sport Her Way Awards gala dinner for her decade-long efforts to advance opportunities for women and girls in sport.

Her Sport Her Way is the NSW Government’s vision for the future of women in sport. It features 29 initiatives that aim to increase participation, fund female-friendly facilities, maximise investment and increase the number of women in leadership.
Carolyn is also the Secretary for the Norwest Strikers Hockey Club, CEO of Netball NSW and Chairperson of Sport NSW.
Saying it is hard to celebrate any recognition at such a challenging time, Carolyn described her first year as a club director as fantastic.
“It’s been a steep learning curve for me in the club environment despite having a strong governance background,” she said.
“With these unprecedented times, it is even more important for the club to remain nimble and adaptive and it’s the same in sport at the moment.
“We hope to provide guidance and support through this period until we can come out the other side and get on with business.”
Carolyn said the biggest challenge was not knowing how long it would last.
“The fact we can’t put a timeframe on it makes it more difficult but the club has a very experienced board with extremely competent management so we will get through this and probably be stronger for it,” she said.