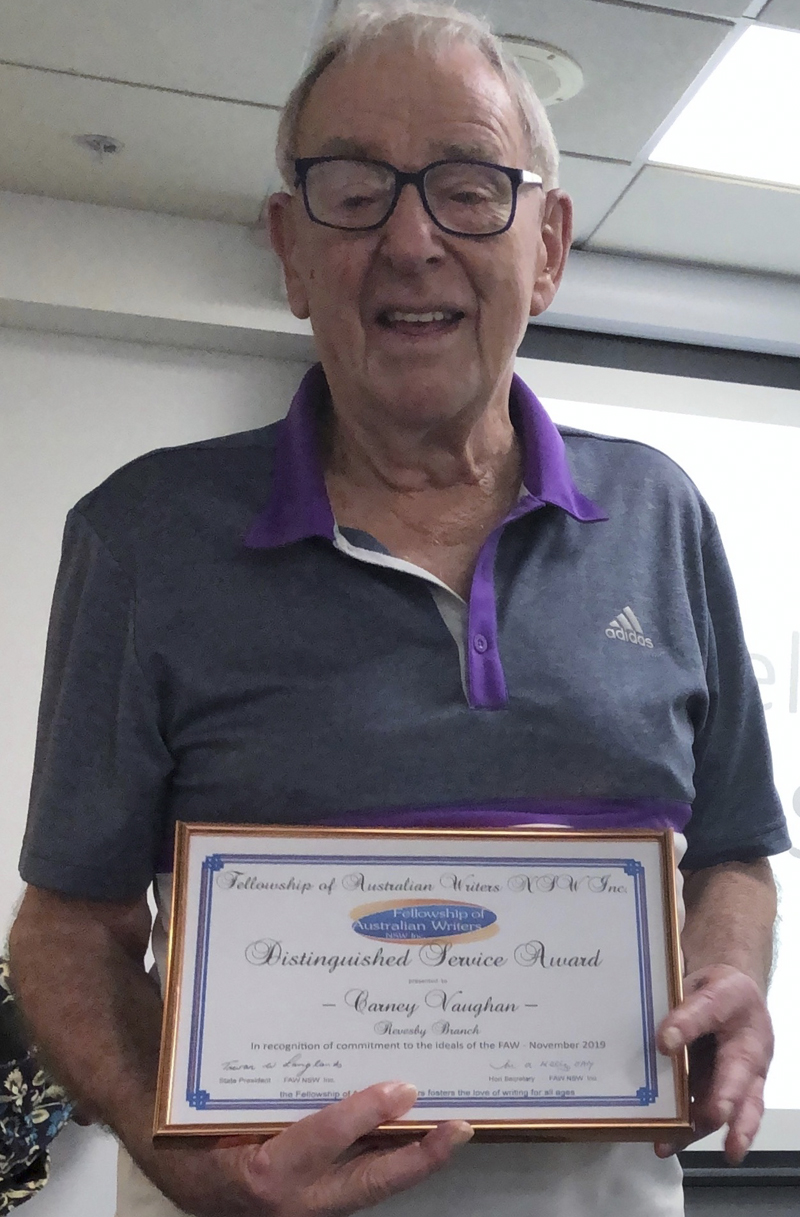 HUMBLE Revesby Writers’ Group member Carney Vaughan, 88, enjoys a quiet life but that all might be about to change with the news that his first book, ‘The Cooktown Grave’, could be made into a movie.
Published by Texas-based Authoraide which is in talks with a USA production company, the book is full of appeal for murder mystery lovers, with the meaty plot taking readers on a thrilling journey following orphan twins Danny and David Brannigan.
When Danny and his boss are murdered, David is blamed for their murders and barely escapes his prison sentencing.
He later gets identified in a hospital and this sets up a chain of events with the police who want to recapture him and the actual murderer of Danny, who wants to silence David once and for all.
Will David be recaptured or killed? Will he ever be able to solve his twin’s murder?
Waiting for more concrete details of the movie offer to come through, Mr Vaughan has followed up this book with ‘A Song of the North’ and ‘He Walked a Crooked Mile’ with the Detective Sergeant Russell Byers character appearing in all three.
The industrial electrician turned writer is excited about the interest in his first book.
“Any of my plots have all happened before,” he said. “My mum died when I was two and I got shipped around a lot of relatives so after growing up in Sydney and working in Melbourne and Cairns, I got to know many different characters who make an appearance in my stories.
“I’m very grateful that my sister read the book and suggested I get it published.”
‘The Cooktown Grave’ is available through Booktopia and Amazon.