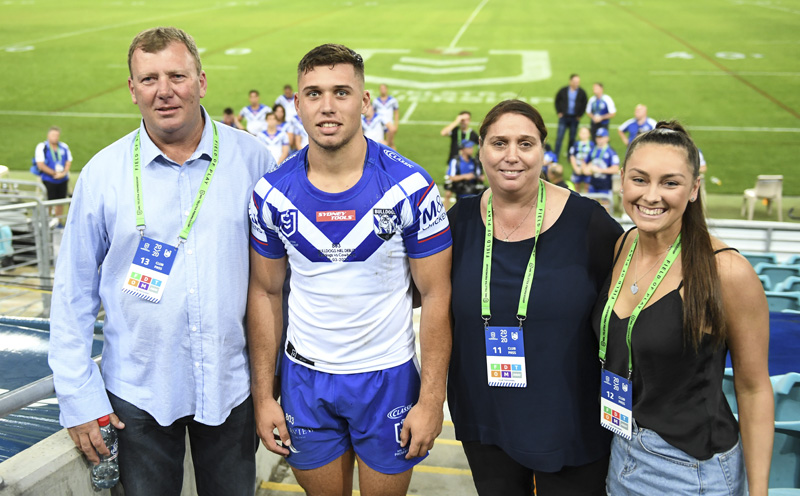 THEY were among a privileged few who attended the first NRL match without a crowd but for the Averillo family (pictured) it meant so much more.

Mick and Bev were in the stands to watch their son Jake debut for the Bulldogs in the clash against the Cowboys. His girlfriend Charli was also supporting from the sideline.
The talented 19-year-old who was a product of the Moorebank Rams, has progressed through the Bulldogs junior system, playing in the Canterbury Cup last year which led to being named in the club’s Top 30 this season.
He also impressed in this year’s pre-season during matches against the Sharks and Raiders, in addition to appearing in the Perth Nines.