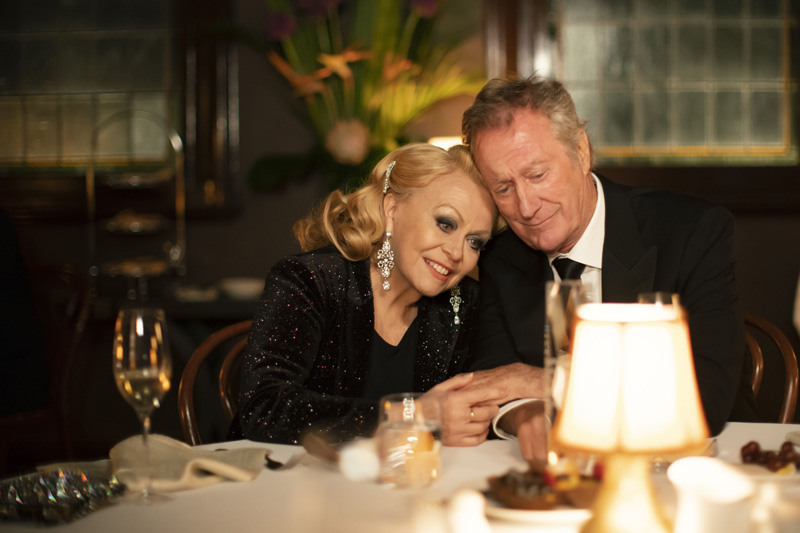 STARRING Bankstown’s own Bryan Brown, the second series of award-winning supernatural drama ‘Bloom’, where people grow younger, returns on April 9 ahead of the Easter long weekend.
“Not a bad thing given the state of the world at the moment,” says Brown who joins Jacki Weaver and Phoebe Tonkin along with new cast members Jacqueline McKenzie, Toby Schmitz, Gary Sweet and Bella Heathcote.
In the first season of Bloom, the residents of a small, country town, Mullan, were left reeling after an inexplicable “fountain of youth” appeared in the wake of a devastating flood.
A mysterious plant with luminous berries offered a second chance to return to your prime, which proved miraculous for some, while others were corrupted and fought to possess it.
In season two, time has passed and news of the miracle has spread but this time around, the plant itself has transformed and the experience and its side effects are far more severe.
With the town’s secret having leaked, Anne Carter (Jacqueline McKenzie) – the former CEO of a biotech company – arrives in Mullan with her young daughter and her friend’s teenage son, Luke (Ed Oxenbould), for a tree-change. But it’s only her cover story. John Melvin (Toby Schmitz), the troubled new priest is trying hard to rally faith and is desperate for a miracle from God.
As news of a “second generation” plant emerges, a battle between nature, science and faith erupts.
It also features the ARIA award-winning artist Tones & I with her cover of the hit ‘Forever Young’.
Although featuring as a ghost in daughter Matilda’s ‘Lessons from the Grave’, this is Brown’s first time in a supernatural series.
“There is fun in being in such dramas; it allows you to be quite free but you have to still deliver real human moments,” he sad.
“Having the opportunity to go back to an earlier time in your life does have a certain tempting edge to it.
“But better be careful when you do it or you may miss something rather wonderful that’s about to happen in the near future.
“I think I’ll wait until the last 10 minutes of this life before I indulge in ‘the fountain of youth’.”
Brown said it would probably be an advantage to have watched the first series of ‘Bloom’ but not essential.
“The opportunity to be transported to another world is what entertainment is about,” he added.