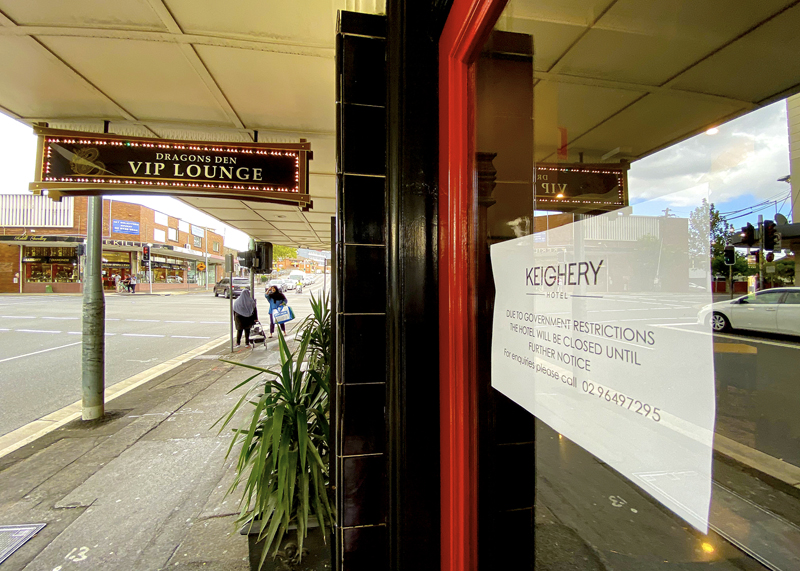 INITIALLY set to be closed to the public in the light of concerns about the Covid-19 pandemic, there was some confusion over whether to open the public gallery for Cumberland Council’s meeting last Wednesday.

A notice posted earlier in the day on the council’s website, advised that the public would not be allowed to attend as a precaution against the virus.
However two residents were let into the meeting and a council spokesperson said that the original decision was reversed after they were told it would breach the Local Government Act.

The spokesperson said one person, who had planned to speak in the public forum and was asked to email their feedback to staff instead, was advised of the reversal but didn’t turn up to the meeting.
Also absent was Cr George Campbell who said he opted not to attend after it was made clear to him that the council would not be applying “accepted social distancing guidelines”.
“I proposed that, pending the introduction of electronic meetings, councillors have the option of sitting in the gallery, raising a hand to join the queue to speak and speaking at the gallery’s microphone,” he said.
“Despite my indicating that I had particular health concerns that make me vulnerable to the effects of Covid-19, this was not permitted.”

The council spokesperson said Cr Campbell’s request was received “late in the afternoon of the meeting” and the logistical changes required were not able to be organised in time.
“Adopting this approach of sharing a lectern was also considered a considerable risk from a health perspective,” she said.
“The general manager has escalated concerns raised around social distancing and alternative meeting methods to the chief executive of the Office of Local Government.”