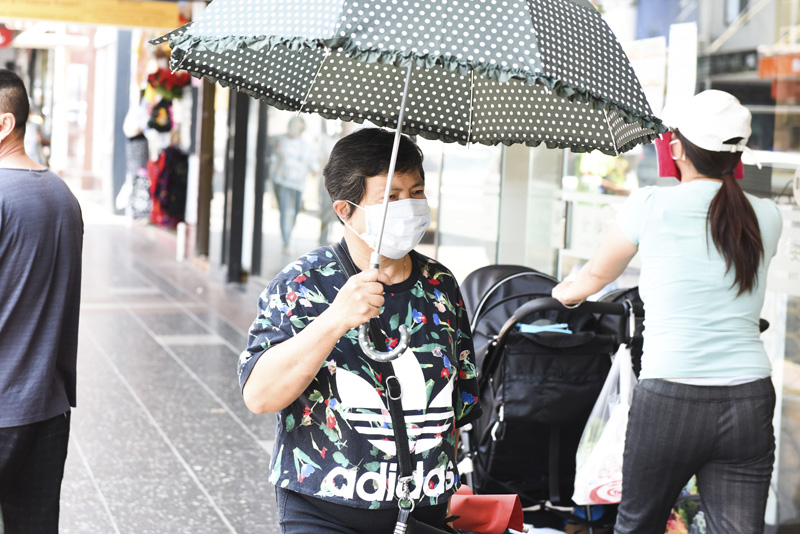 TWO more deaths due to the Covid-19 virus, were confirmed on Sunday by NSW Health, bringing the State’s total attributed to the virus to four.

A 77-year-old woman died in hospital on Friday and a 90-year-old woman died on Saturday.
While testing is continuing, 210 cases of Covid-19 have been confirmed, 1,482 remain under investigation, and 28,552 people have been tested and cleared.
The impact of the virus is sending shockwaves through the community and the NSW economy with the mandatory cancellation of non-essential mass gatherings of more than 500 people and indoor gatherings of 100 people.
Urging the community to do the right thing, NSW Health Minister Brad Hazzard said they would “be tough if needed”.
Highlighting “great concerns” about the virus in multicultural communities, State MP for Canterbury, Sophie Cotsis called on the Health Minister to ensure the latest health advice information was also being provided in languages other than English.
State MP for Summer Hill and Shadow Minister for Seniors, Jo Haylen, also wants immediate “clear consistent advice specifically for seniors, given their increased risk from Coronavirus”.
“Seniors in our community are understandably concerned and want clear consistent information now, so that we can slow the spread of COVID-19 and save lives,” she said.
Public schools will remain open but assemblies, excursions and sports carnivals have been cancelled and a spokesperson for Western Sydney University, said they were progressively moving teaching and learning activities online and scaling down non-essential operations.
New supreme and district court jury trials will also be suspended until further notice, although jury trials already underway will continue.
NSW RSL Acting State President Ray James has also confirmed the cancellation of all public ANZAC Day commemoration services across the state.
Other public events to be cancelled include this year’s Sydney Royal Easter Show which was due to start on April 3, and this week’s 2020 Australian Junior (U14-U18) Track and Field Championships.
The 2020 Australian Senior (U20, Open and Para) Track and Field Championships have also been postponed to a date still to be determined and community netball competitions have been suspended until at least May 2.
The NRL has also suspended its competition until April 3 while “the season’s structure and fixture rescheduling will be considered”, and the AFL will shorten its season by five games with a decision yet to be made about whether Round One will go ahead as scheduled tomorrow.