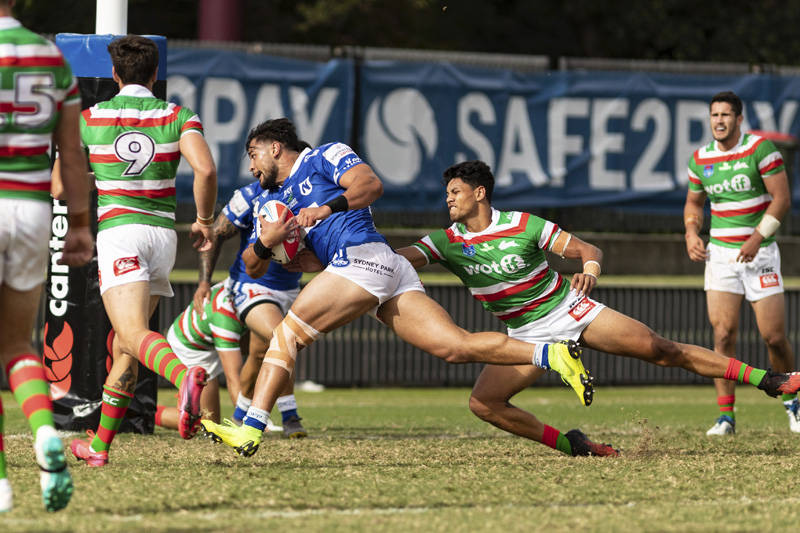 THE Newtown Jets have fought back after South Sydney rushed to the lead in only the fourth minute, to win 32-12.
South Sydney opened the scoring against the defending Canterbury Cup NSW premiers with a converted try in the fourth minute and the Rabbitohs then dominated possession and territory for most of the first quarter.
The Jets took decisive control in the game’s second quarter with tries to Royce Hunt in the 19th minute, Addison Demetriou (29th minute), Jackson Ferris (33rd minute) and the powerhouse Kayleb Milne on the stroke of halftime. Braydon Trindall converted all four tries for Newtown to take a commanding 24-6 lead into the break.
Predictably, South Sydney fought back hard in the second half but failed to breach the disciplined Jets’ defence. Souths had the advantage of the breeze in the second half but Newtown punished the Rabbitohs for a handling error at their own end, resulting in Teig Wilton racing in to score in the 57th minute.
Braydon Trindall converted Wilton’s try and added a penalty goal in the 69th minute, enabling Newtown to run out comfortable winners by 32-12.
Coach Greg Matterson praised his players in his post-match remarks, saying it was Newtown’s first opening round win in several seasons.
Newtown plays against Canterbury-Bankstown this Saturday, March 21, 3.30pm, at Belmore Sports Ground.