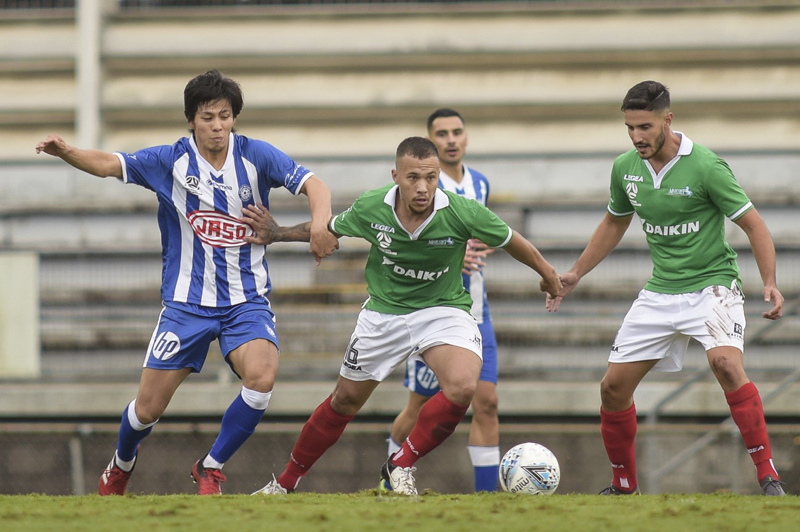 They will now also have to wait at least four weeks for the next opportunity to get on the board with the competition postponed due to the coronavirus.
There were some bright patches for Terry Palapanis’ side including the performance of new signing Go Hayama but not enough to trouble Marconi on the night.
Marconi Stallions made it three on the bounce with a comfortable 2-0 win against their traditional rivals, at a soggy Marconi Stadium on Saturday.
Sydney Olympic FC were determined to get their season kick-started and had the first two chances of the contest.
Anthony Frangie has been on fire in the opening fortnight of the competition and thrashed home the opener.
The Marconi marksman picked up the ball on the right before he smashed it into the top corner to make it 1-0.
Marconi doubled their advantage in the 24th minute, as Frangie struck from close range.
Hayama was a bright spot for Sydney Olympic in the first half with some fine touches and combined well with Adam Parkhouse for the visitors best chance of the half but they went in down 2-0 to Marconi at the break.
The game developed into a midfield battle with chances at a premium. Sydney Olympic FC’s best chance fell to Nicola Kuleski inside the box but his bouncing volley whistled wide of the post.